The period of the Prehistoric and Ancient Kos can be subdivided in the following periods:

The Prehistoric and Mycenaean period of Kos (until 1150 ΒC)

Kos has been inhabited since prehistoric times, as evidenced by the artefacts found on the island. The most significant findings from the prehistoric period were discovered by Italian archeologists in 1922 in the cave of Aspri Petra, on the Zini mountain near Kefalos. Graves were also found at Askloupis, next to the Glykoperama torrent, outside the city of Kos.

Artefacts from the Mycenaean period, or the late Bronze Age (1600-1150 ΒC), have been found in the settlement on the small hill of Seragia that occupies the East-Central part of Kos Town (which is now the Old Town), in the Mycenaean necropolis of Langada and Elaionas southwest of the city and at the Asklepieion.

The formation of Kos and Nisyros can be traced to Greek mythology and the Gigantomachy, the war between the immortal Gods and and the mortal Giants (Gigantes), during which Poseidon, the god of the sea, detached a portion of Kos with his trident and crushed the giant Polyvotis or Polybotes, thus forming Nisyros.

The famous hero Heracles found himself shipwrecked on the island of Kos, on his way back to Argolis after the siege of Troy and the death of its king Laomedon. Heracles killed king Evrypylos and took his daughter Halkiopi as his wife, who gave birth to Thessalos Herakleides, thus initiating the reign of the Heraklidae lineage, in which tradition places the descent of Hippocrates, the father of medicine.

Participation of Kos in the Trojan war

In Homer’s Iliad, Kos, with other neighbouring islands, participated in the Trojan War (12th century ΒC) on the side of the Acheans, with 30 ships.

In 1104 ΒC, the migration of Dorians from mainland Greece to Kos and the surrounding islands and coasts of Asia Minor started (descent of the Dorian Heraklidae) thus giving to Kos its strong Dorian identity. Between the 7th and 6th century ΒC, the six Dorian cities of the region (Knidos and Halicarnassos from Asia Minor, Ialysos, Kameiros and Lindos from Rhodes and Kos) formed a federal alliance, of political, economic and religious nature, called the Dorian Hexapolis. The most important settlement during this period seems to have been Astypalaia, probably situated in the bay of Kefalos.

During the Persian wars, Kos suffered the fate of the rest of Asia Minor and the surrounding islands and was under the yoke of the Persians. After the final defeat of the Persians (479 ΒC), Kos joined the Athenian Alliance and later participated in the Peloponnesian War (431-404 ΒC) on the side of Athens. In the last 10 years of the war, the most important city of Kos, Kos-Meropis, situated on the east side of the island, was sacked and plundered by both the Spartans and Athenians.

In 366 ΒC, a political stalemate led to the foundation of the city of Kos in its current location. After 352 ΒC, Kos fell to the hands of the Carians of Halicarnassus, under Persian dominance. During the campaign of Alexander the Great, Kos was eventually recaptured and liberated in 332 ΒC.

Famous Koans during the classical period

The most famous Koan of all time is indisputably Hippocrates, the founder of modern medicine and author of numerous works, based on experimental scientific research and theoretical philosophy. The eminent Medical School of Kos, located in the Asklepieion, was one of the most famous in Ancient Greece, and all medical practitioners around the world now take the Hippocratic Oath.

Another famous Koan from the classical period is Epiharmos (Epicharmus), who lived around 500 BC and is considered one of the most important comedy poets.

Apellis, who lived around 300 bC is also considered one of the greatest painters in Ancient Greece. His famous painting “Rising Aphrodite” adorned the Asklepieion and his painting of the goddess Demeter holding fruits that was so lifelike that birds used to approach the painting to taste its fruits.

Kos during the Hellenistic period

After the death of Alexander the Great and the subsequent 40 years of war amongst his successors, Kos came under the domination of the Ptolemies (266-31 bC) who ruled Egypt. Ptolemy II Philadelphos, ruler of Egypt from 285 to 246 BC, was even born in Kos. During this period, Kos had its own currency, was exempted from taxation, developed its trade and economy and evolved into a prominent cultural centre. The privilege of immunity of the sacred area of the Asklepieion was recognized and the festive celebration of the “Great Asclepieia” established, contributing even more to the development of the Medical School of Kos.

The island had a noteworthy production of wines that were exported in all the ancient world. Kos was also renowned for the preparation and processing of silk, but also for its fragrances and ointments.

A lot of Koans achieved big fame during this period. Philitas of Kos (340-285 BC) is considered the first representative of the great hellenistic poetic movement and the initiator of Alexandrian literature. Theocritos (330 to after 360 BC), who is considered the most important bucolic poet of antiquity and the last poet of pre-Christian Greece, lived in Kos for a long period of his life. The mime writer Herondas, who was born around 300 BC and is a representative poet of the Hellenistic Age and the best in the art of mimiambi, was most probably from Kos.

Kos and the Roman Empire

After the fall of Egypt to the Romans in 31 bC, Kos was included administratively in the Province of Asia. Certain privileges of political freedom were granted and the inviolability of the sacred area of the Asklepieion was maintained. The most distinguished Koan during this period was the eminent physician of the 1st century AD Gaius Stertinius Xenophon, who became the personal doctor of Emperor Claudius.

Kos stands out for its many and unique artistic mosaics uncovered during archaeological excavations, some of which were sent abroad or transferred to the Rhodes Castle. 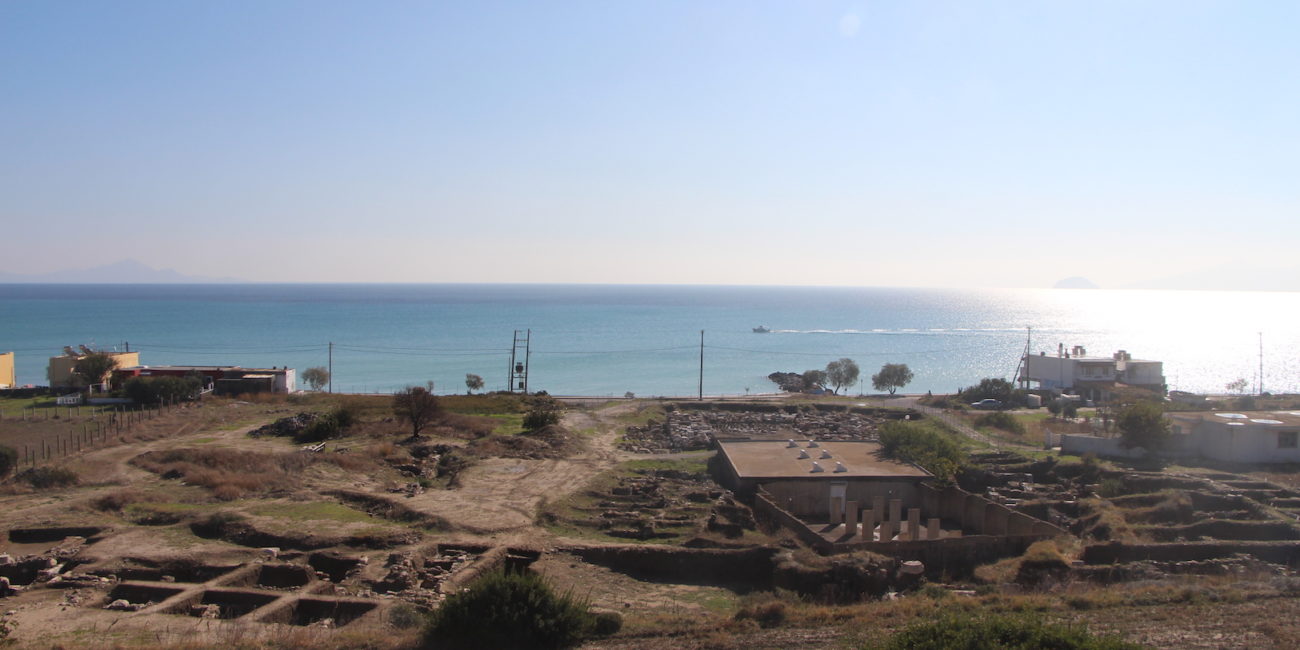 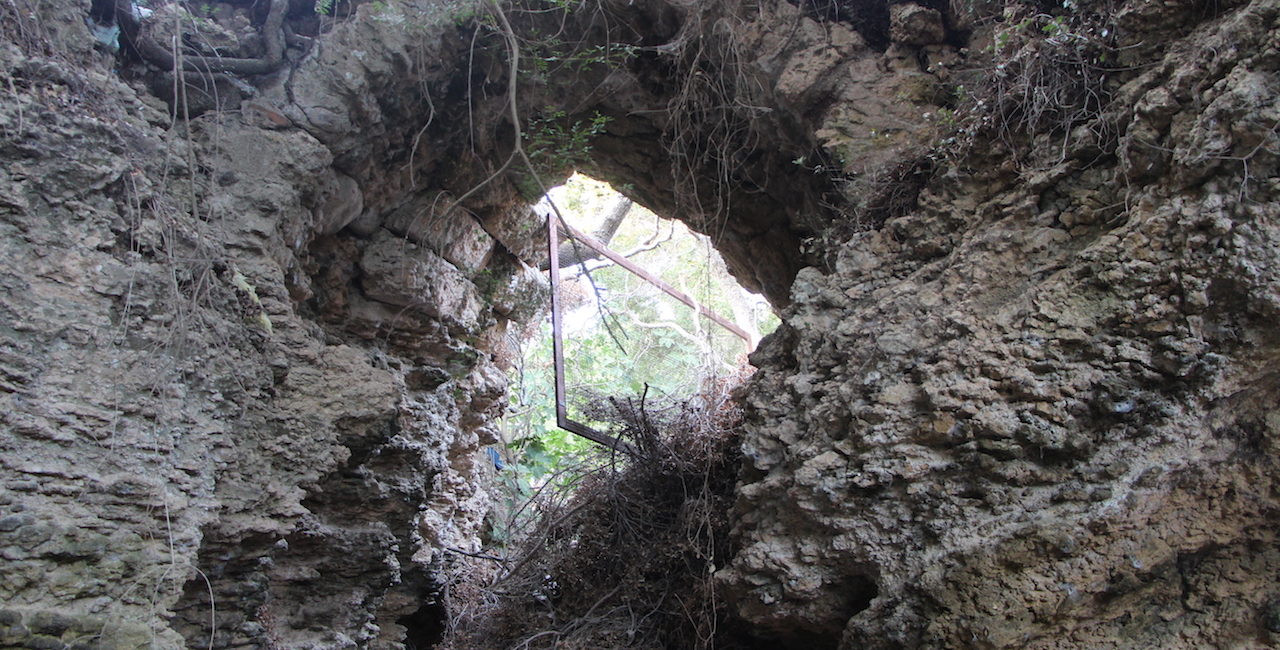 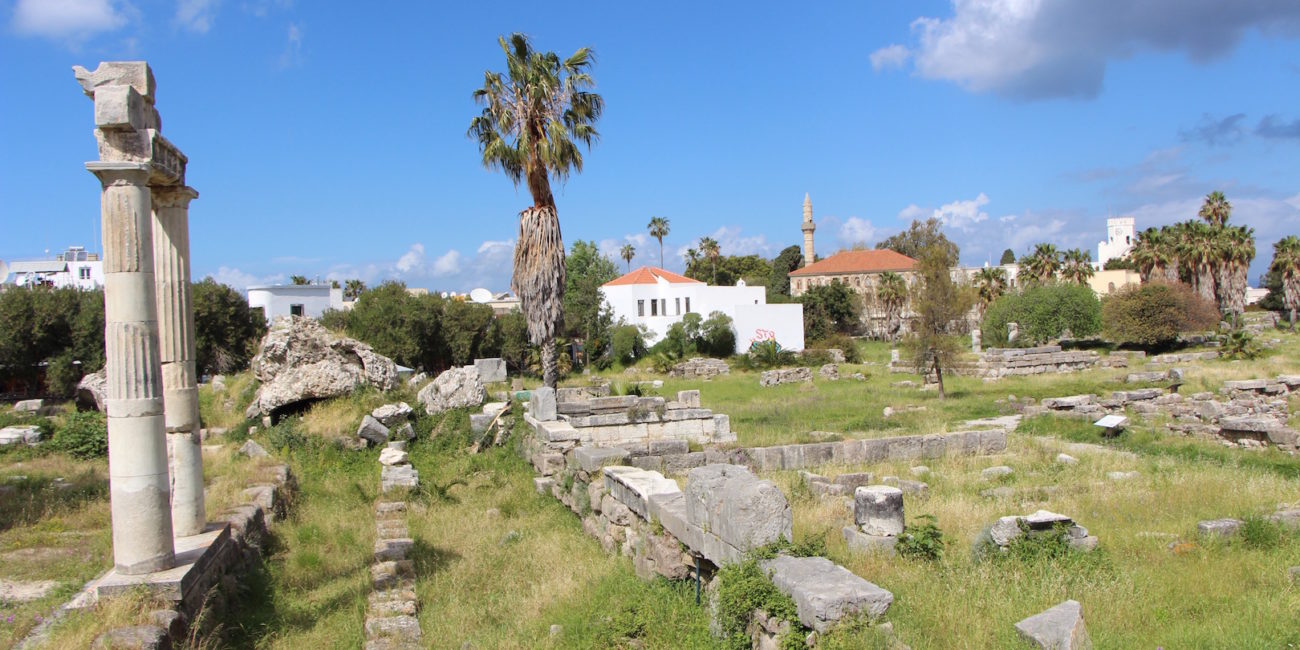 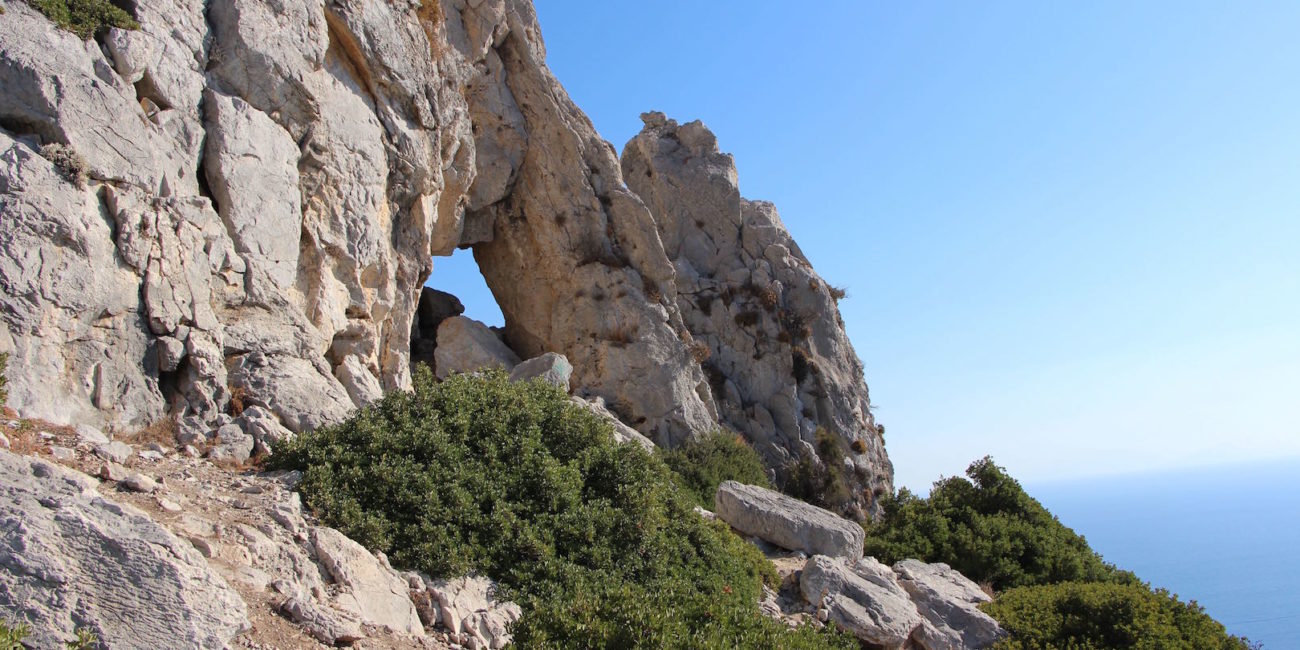 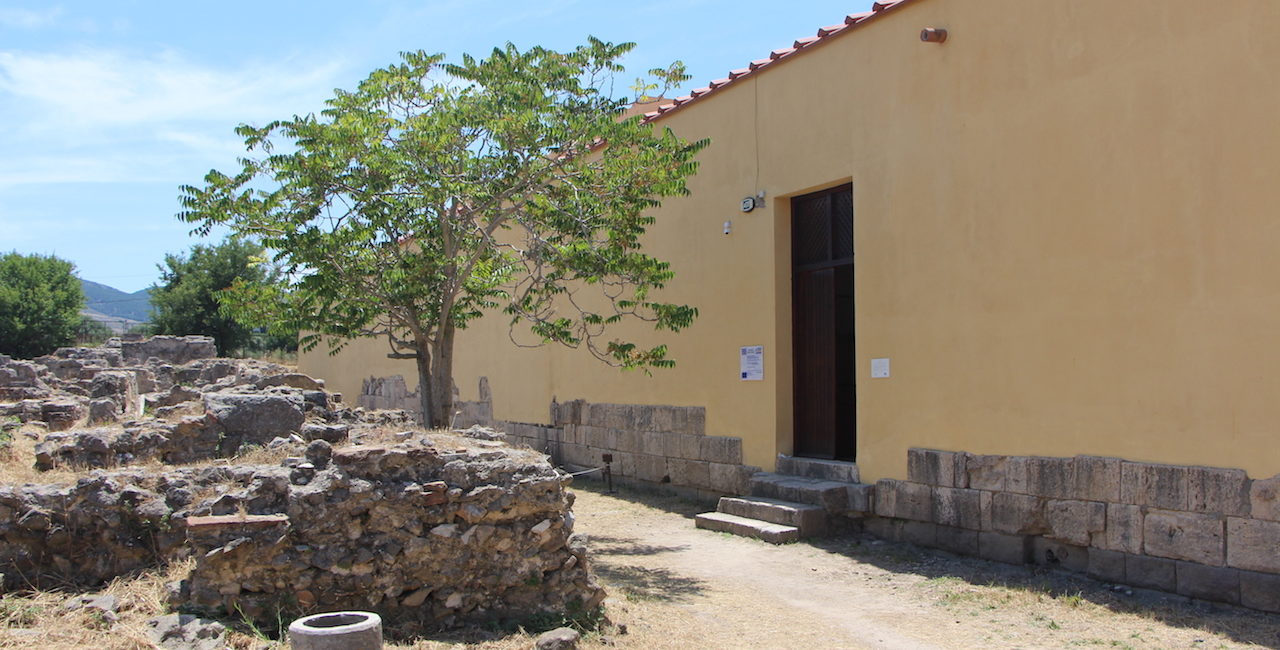 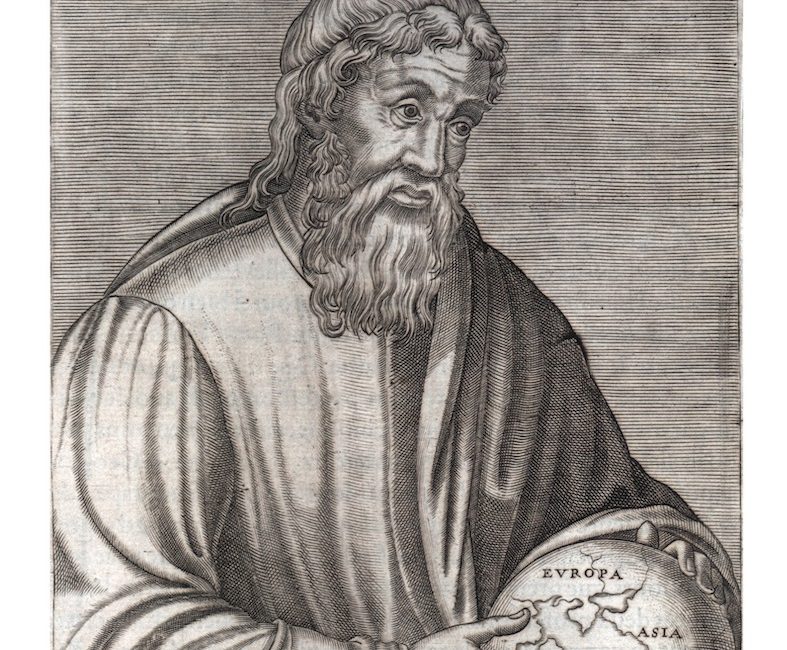 Depiction of Kos by Strabo
Prehistoric and Ancient Kos
Explore 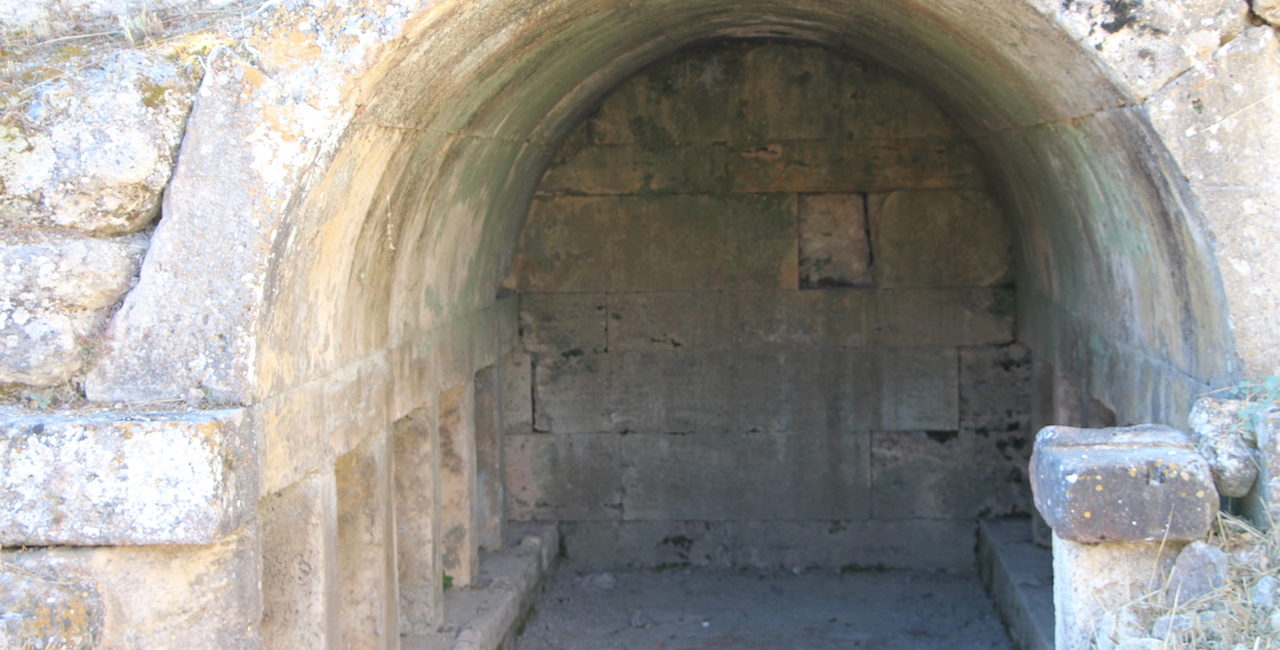 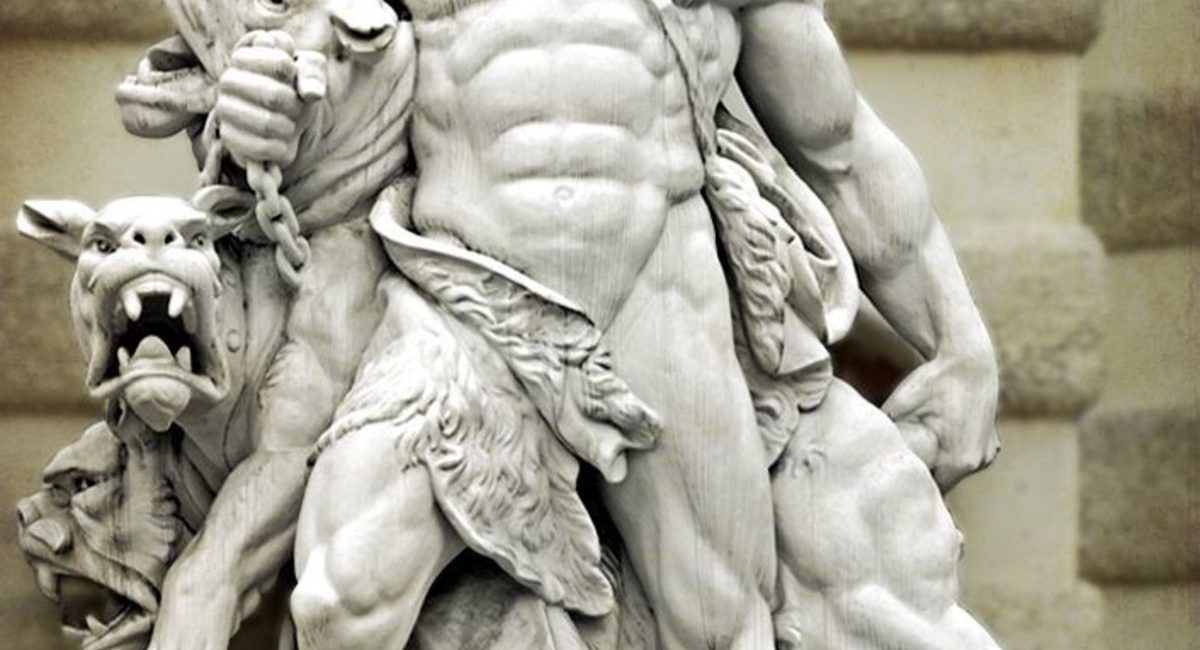 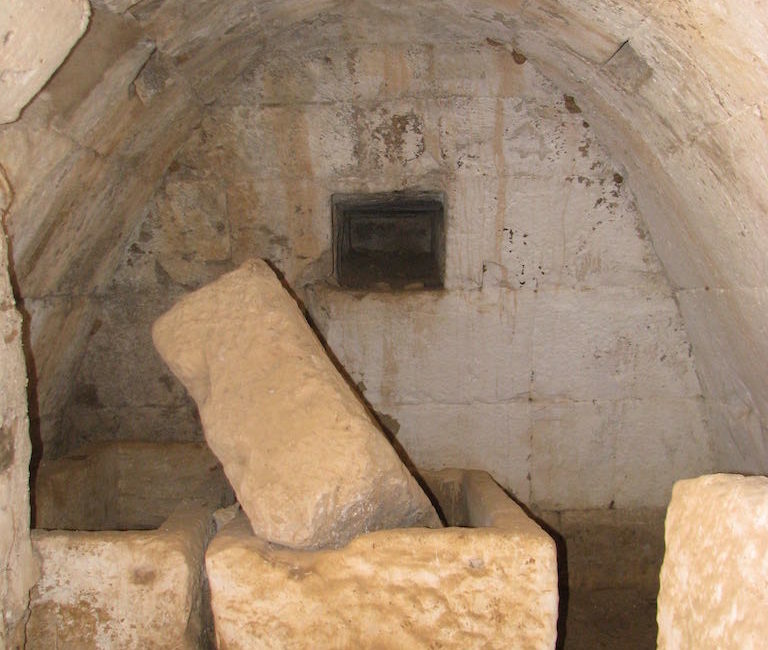 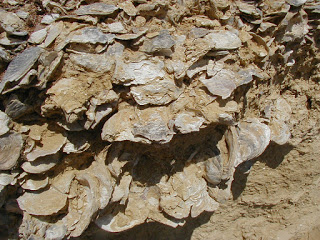 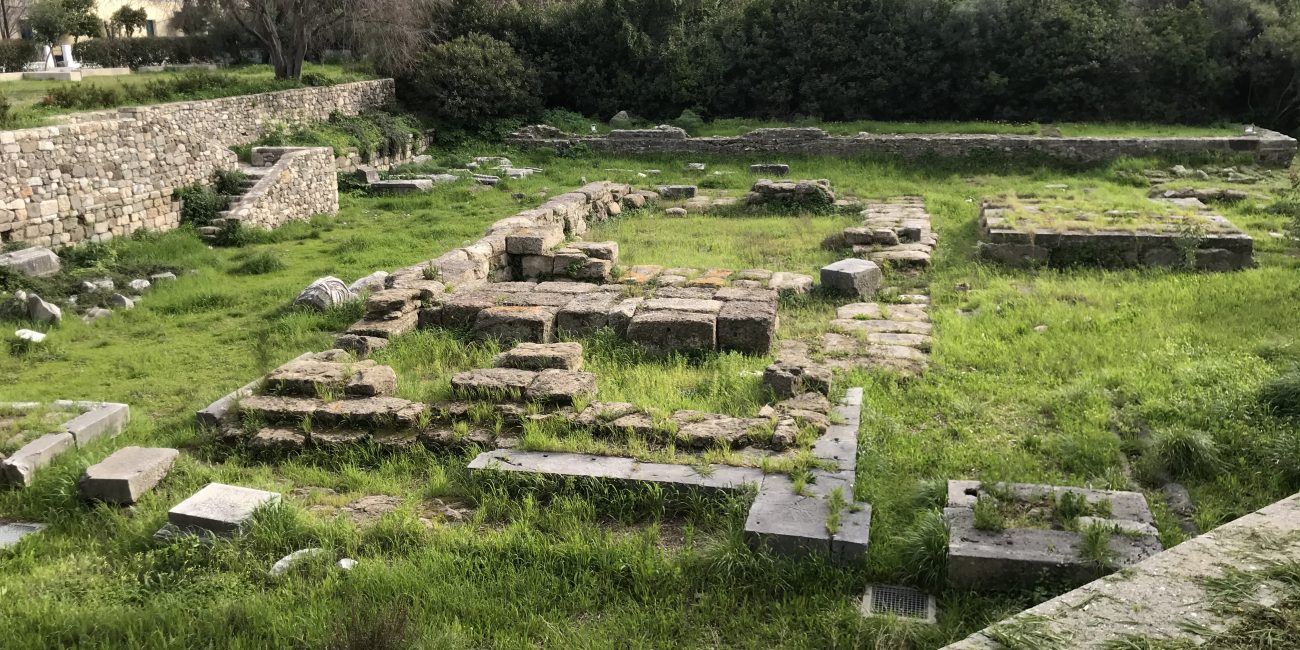 Temple of the Attalids
Prehistoric and Ancient Kos
Explore 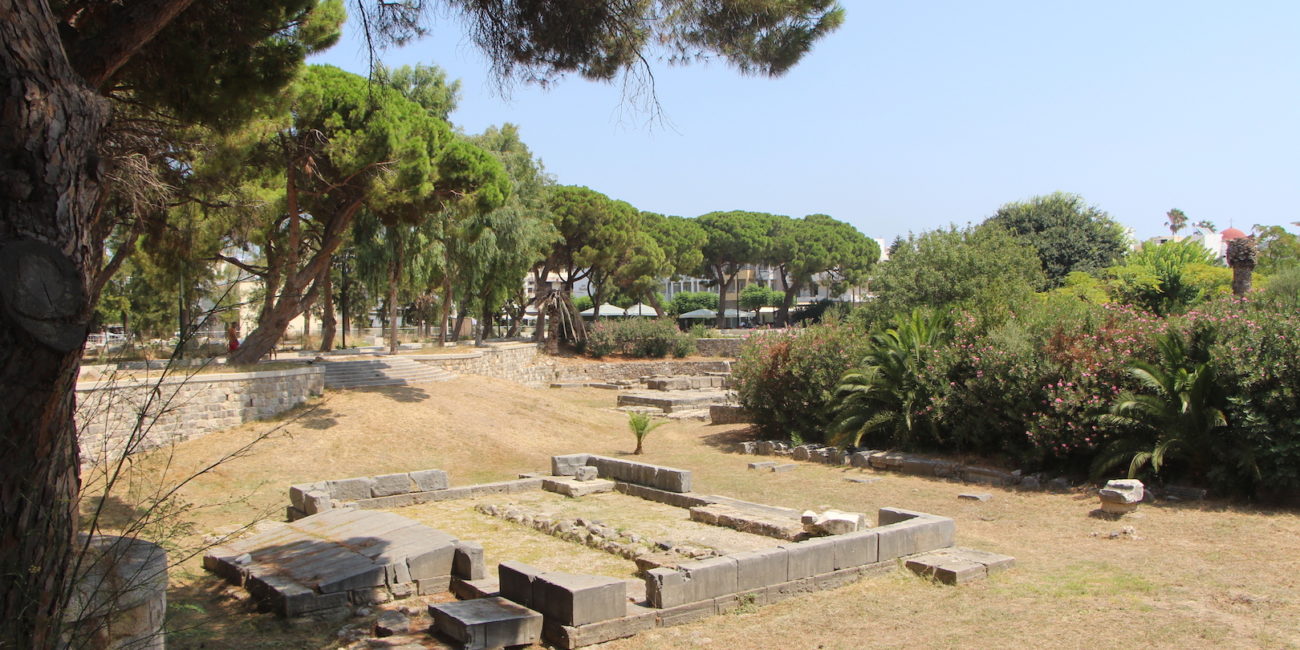 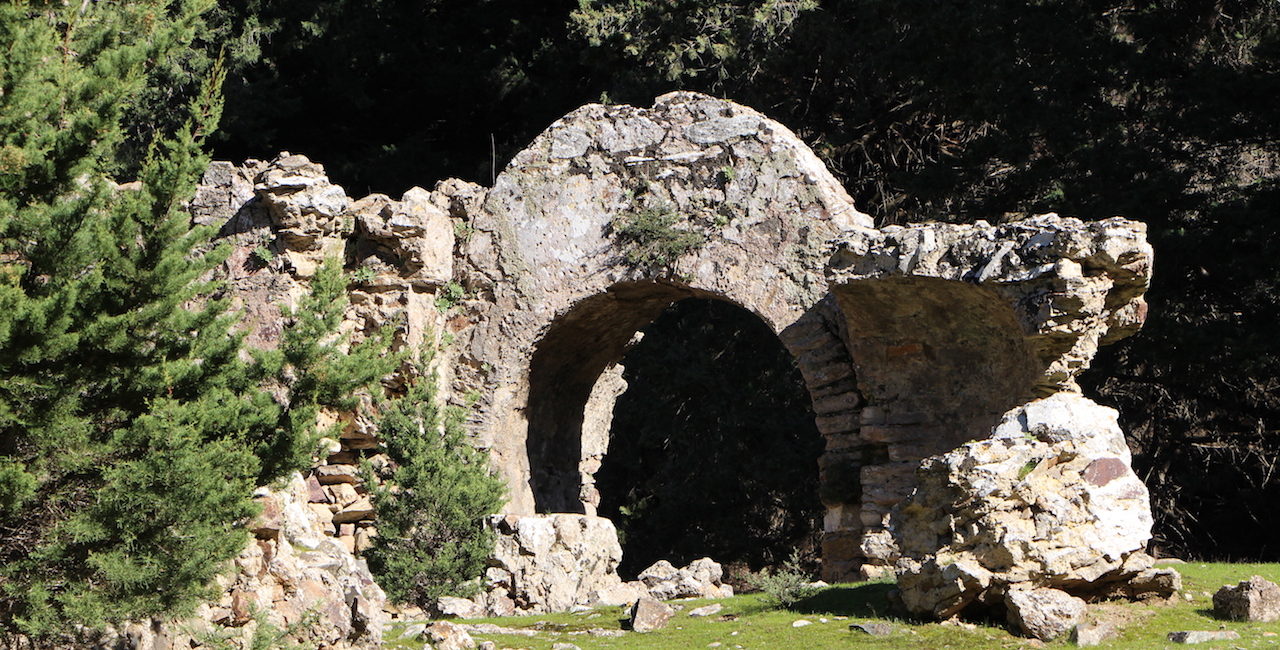 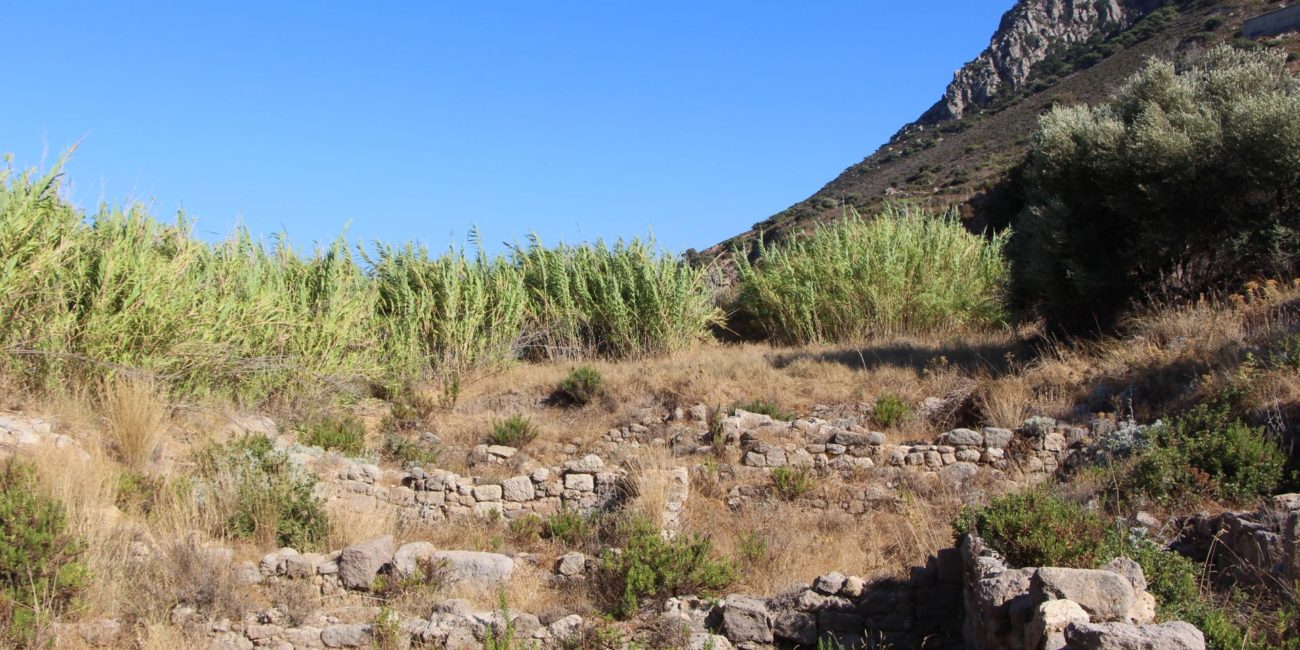 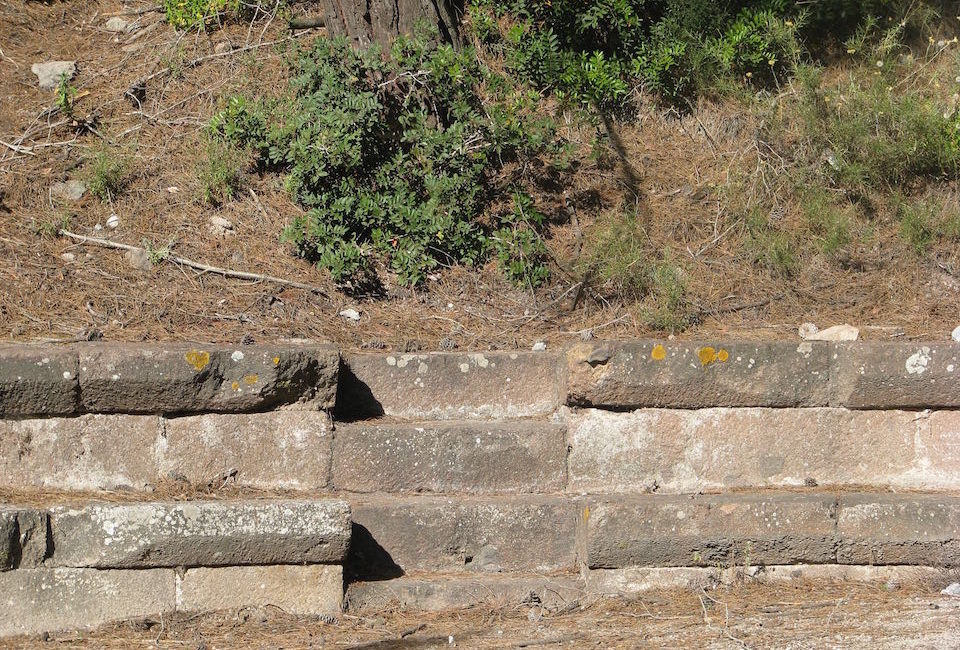 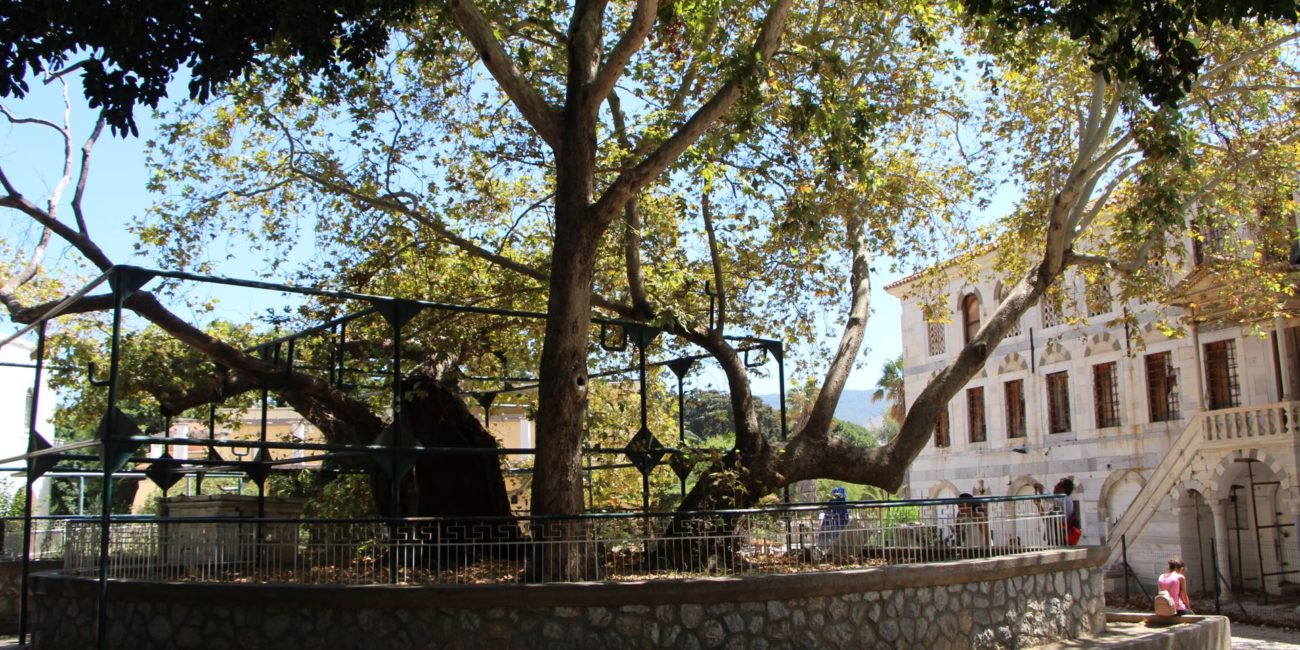 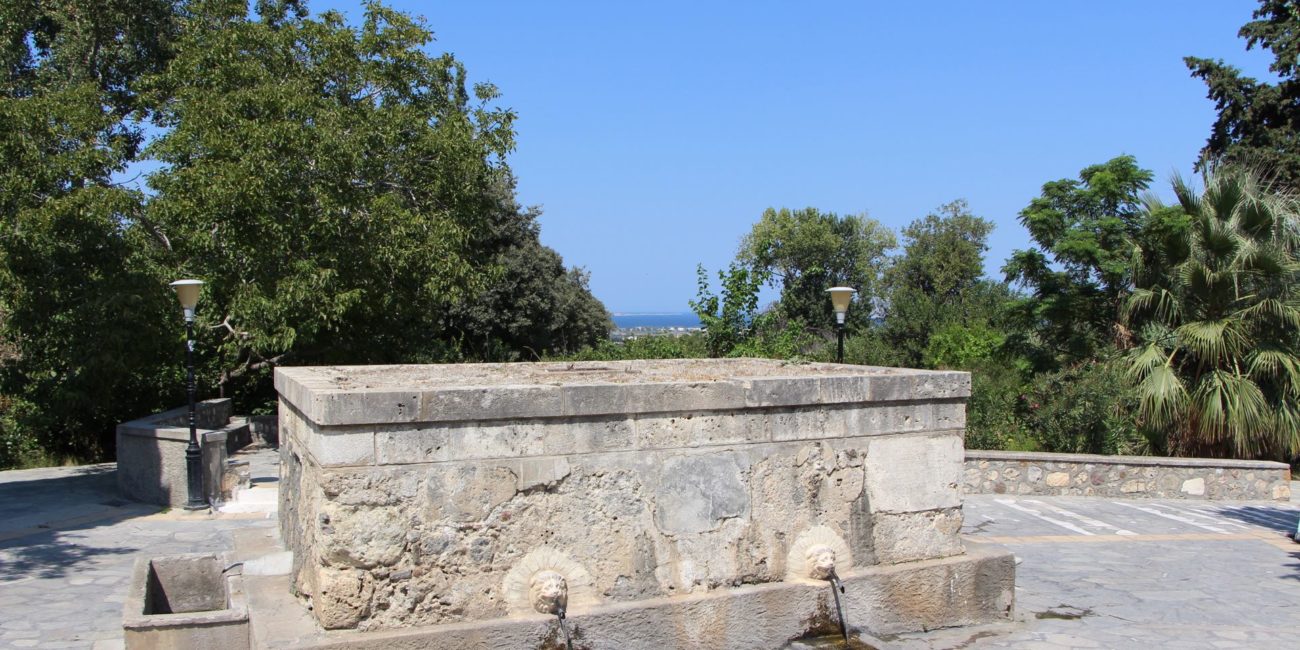 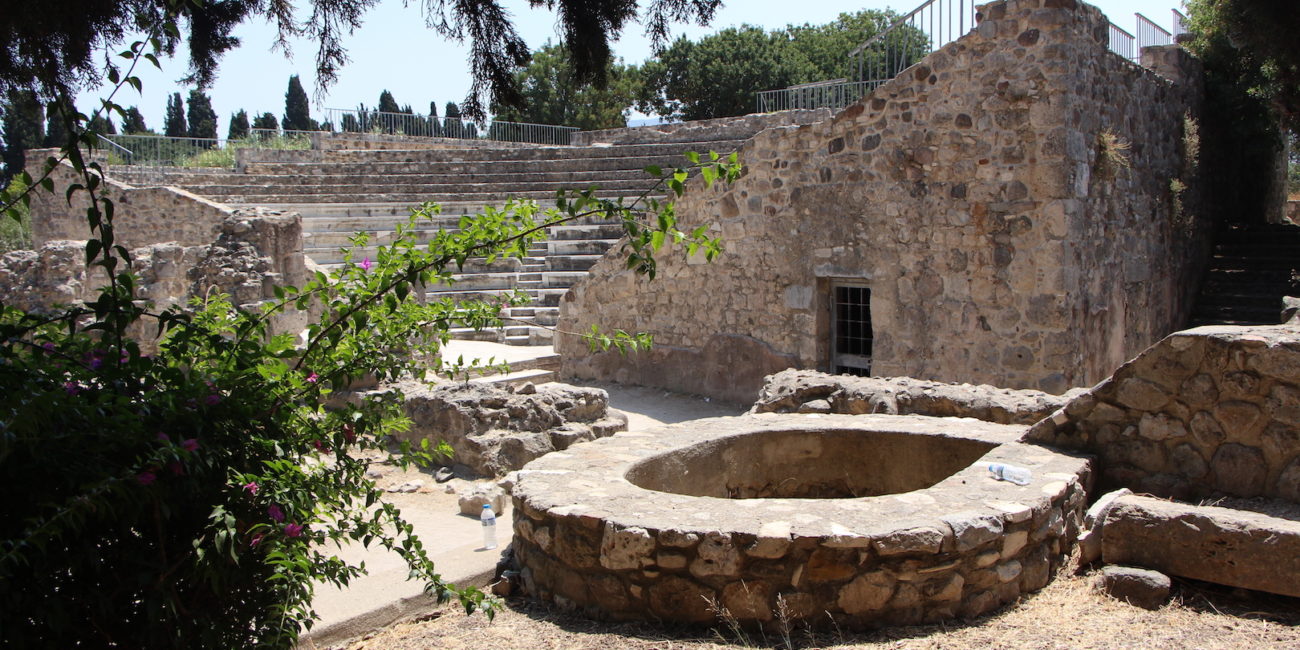 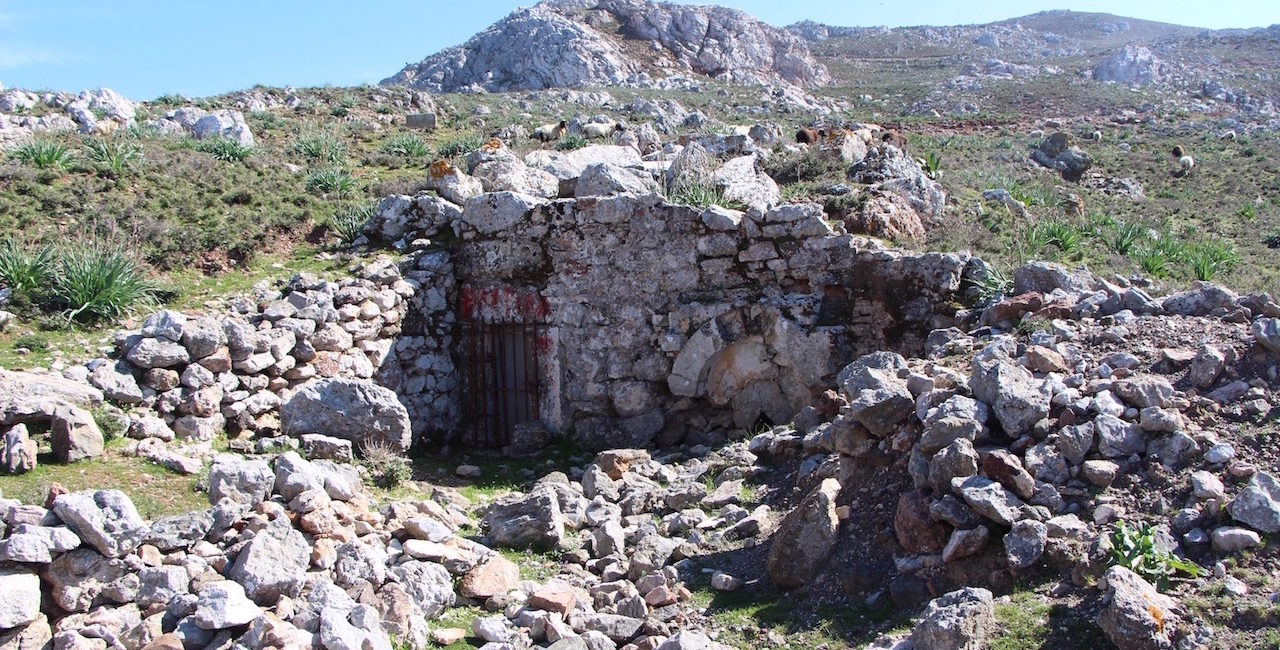 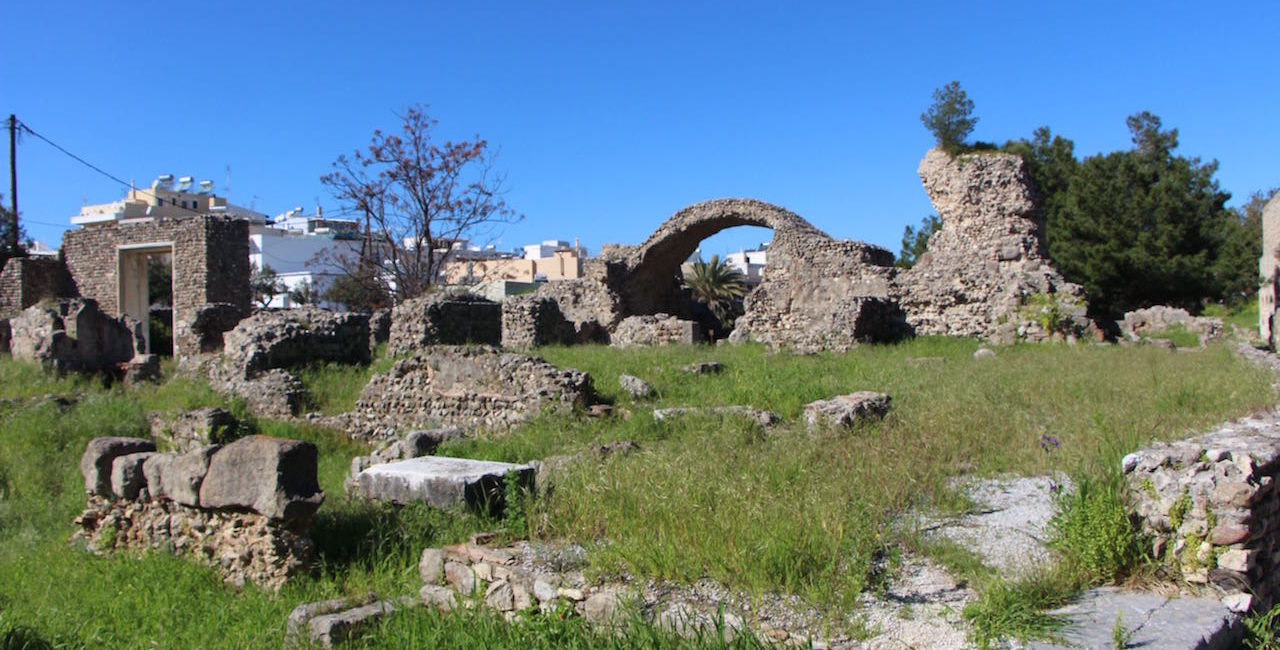