The Asclepieion, surrounded by woods of pine and cypress trees, is one of the most famous monuments on the island of Kos and is situated on a slope facing the coast of Asia Minor a mere 3.5kms north west of Kos Town.

The Asclepieion was discovered and identified in the beginning of the 20th century by the German archaeologist Rudolf Herzog, thanks to the tireless and persistent efforts of the Koan history researcher Iakovos Zarraftis, at the site of a church named `’Panayia tis Tarsou (or tou Alsous)”. Intensive excavation began in 1902 and continued till 1904, uncovering the largest part of the sanctuary.

A mission of the Italian Archeological School conducted by Luciano Laurenzi and later by Luigi Morricone, continued excavations on the site from 1928 to 1943, providing evidence of earlier occupation of the site in the Mycenean times and bringing to light the small Hellenistic temple on the hilltop, the great gallery on the lower terrace and the Thermae (Baths) in the eastern part. Today, the restored image of the sanctuary is the result of the Italian restorations.

No other excavations have been conducted since then and a large part of the finds are preserved in the Archeological Museum that was established at the time.

The Asclepieion in ancient times

This emblematic sanctuary is connected to the works of one of the most important figures of medical science, Hippocrates (460-380 BC), the father of medicine.

The Asclepieion was located three kilometers from the monumental Hellenistic city of Kos, connected by a long processional road which led to a monumental marble amphiprostyle propylon (entrance with a portico both at the front and the rear).

The scenographic perception of the hellenistic period was exceptionally represented in this landscape of incomparable natural beauty. The pleasant integration of the monuments in the natural environment, their layout from the north to the south in four different terraces connected with large staircases, the small variations from the main axis, as well as the serene view to the coast of Caria, ensured tranquility, good energy and awe to the pilgrims, an integral part of the treatment offered in the sanctuary.

This remarkable sanctuary, with its numerous offerings, also hosted Apelles’ famous painting of Aphrodite rising from the waves, while a votive offering with statues bearing the signatures of Praxiteles’ sons adorned the altar of the temple in the middle terrace, according to the Fourth Mime of Herondas, and most probably a semi-naked Aphrodite by the great sculptor Praxiteles himself.

By recognising the inviolability (asylia) of the Asclepieion in 242 BC, the deme of Kos announced the decision to organise the games of the Great Asclepieia to all the kingdoms and the cities of the Hellenistic world. This quinquennial festival, which also involved the sacred truce request, provided the Asclepieion with esteemed status, extending its fame to the corners of the contemporary Hellenistic world.

Treatment in the Asclepieion was rapidly achieved by providing patients with psychological support, as well as though power of suggestion (hypnosis) and faith in the healing powers of the god, whilst simultaneously providing medication to the patient (therapy, exercise). Apart from the inscriptions discovered, the most significant of which are exhibited in the interesting Epigraphic museum of the site, various surgical instruments and marble votive replicas of human members were also found in the Asclepieion of Kos. Medicine vessels and surgical instruments from the ancient city of Kos are displayed at the Archaeological Museum of Kos.

The site is laid out in terraces.

The surviving ruins of the Asclepieion do not extend beyond the 4th century BC and mainly belong to the Hellenistic Age. Construction material from the archeological site has been unfortunately used, during the times, notably for the erection of the Kos Town Fortress and the Mosques at the Lotzia and Eleftheria squares.

On the lowest terrace there was a stoa in the shape of the greek letter Π. The southern side is dominated by the retaining wall, bedecked with niches, in one of which there is a fountain. To the east there is a complex of Roman baths (Thermae) dating from the 3rd century AD. Its massive walls, built with small stone and lime, stand out.

On the middle terrace you will see the remains of a large altar (of Kyparissios Apollo) which was built around the middle of the 4th century BC. It is one of the earliest structures in the Asclepieion. To the west of the altar there is a temple of Asklepios in Ionian style, dating from the 3rd century BC. In its nave, it has a rectangular pit of small depth covered by a marble slab where the offertory box (thysayros) was kept. To the south of the altar, there are the foundations of a semi-circular platform. To the east of the altar there is a Roman temple in the Corinthian order from the 2nd century AD.

On the upper terrace lie the remains of the Doric temple of Asklepios from the 2nd century BC, 33.28 meters long and 18.79 meters wide, where the Church of “Panayia tou Alsous” was built (see above). On the south side, the staircase leading to the sacred cypress grove is discernible. On the same terrace there are the branches of an aqueduct.

The Asclepieion is quite impressive as it is surrounded by vegetation, mainly pine woods and cypress trees, and the panorama is quite stunning, as on clear days you can admire the view of the Turkish shores on the other side of the expanse of water. 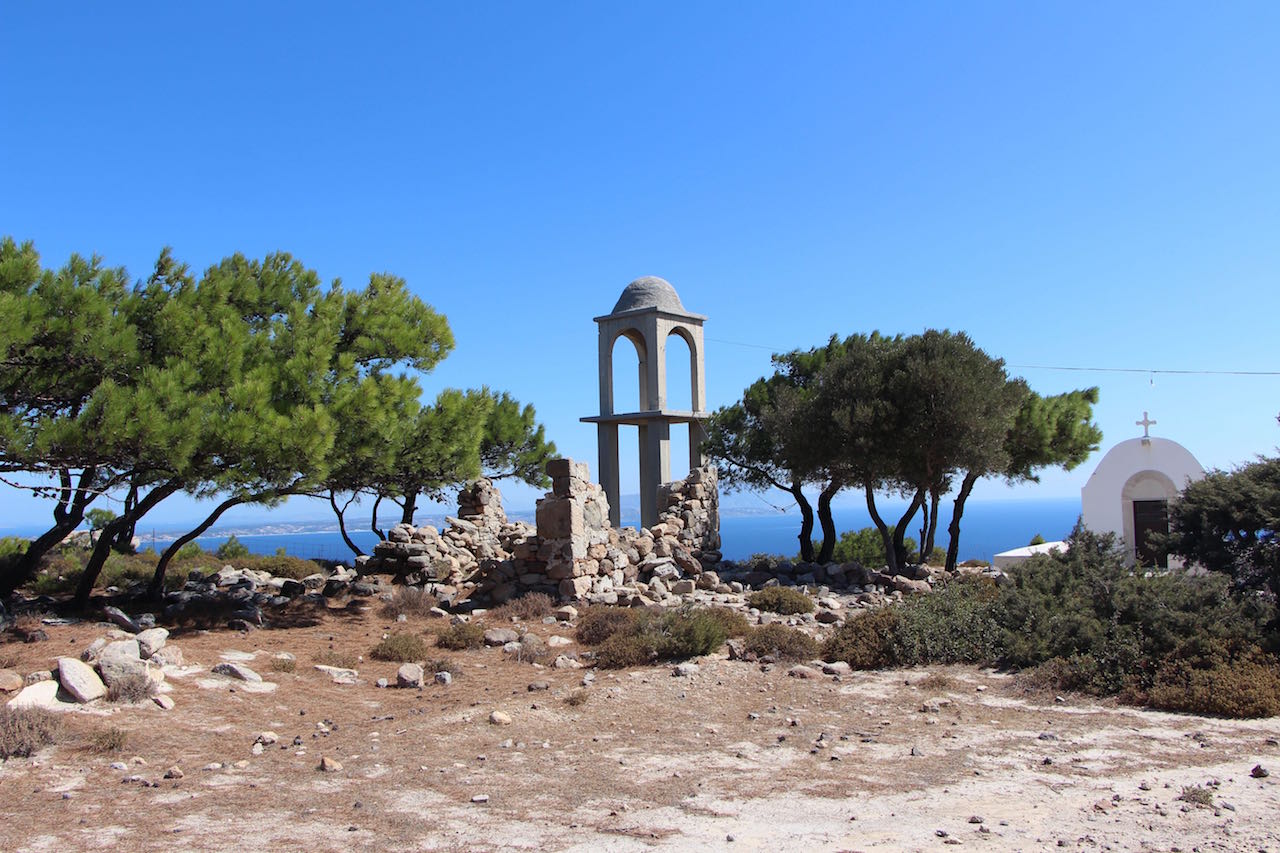 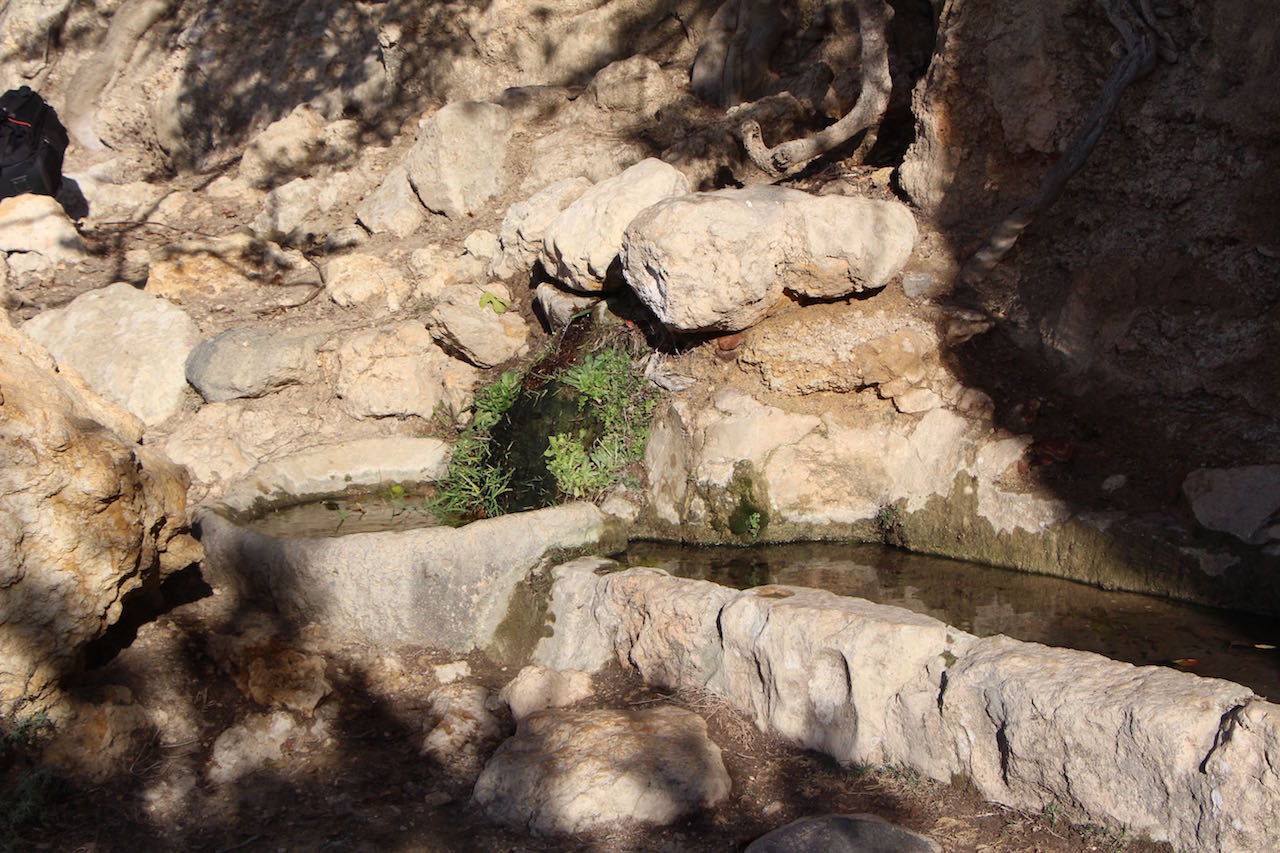 The Gournia Spring
Nature Of Springs, Lakes and all things Water
Explore 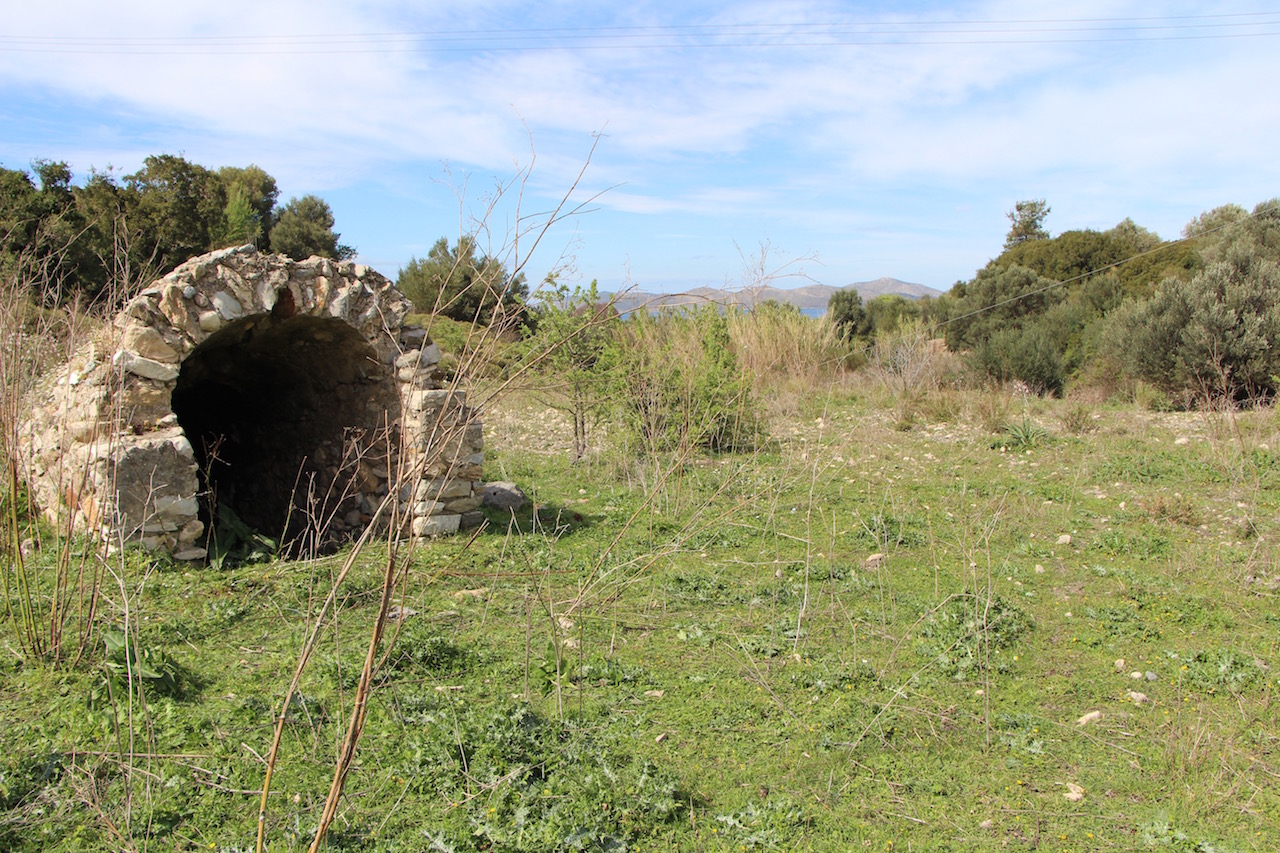 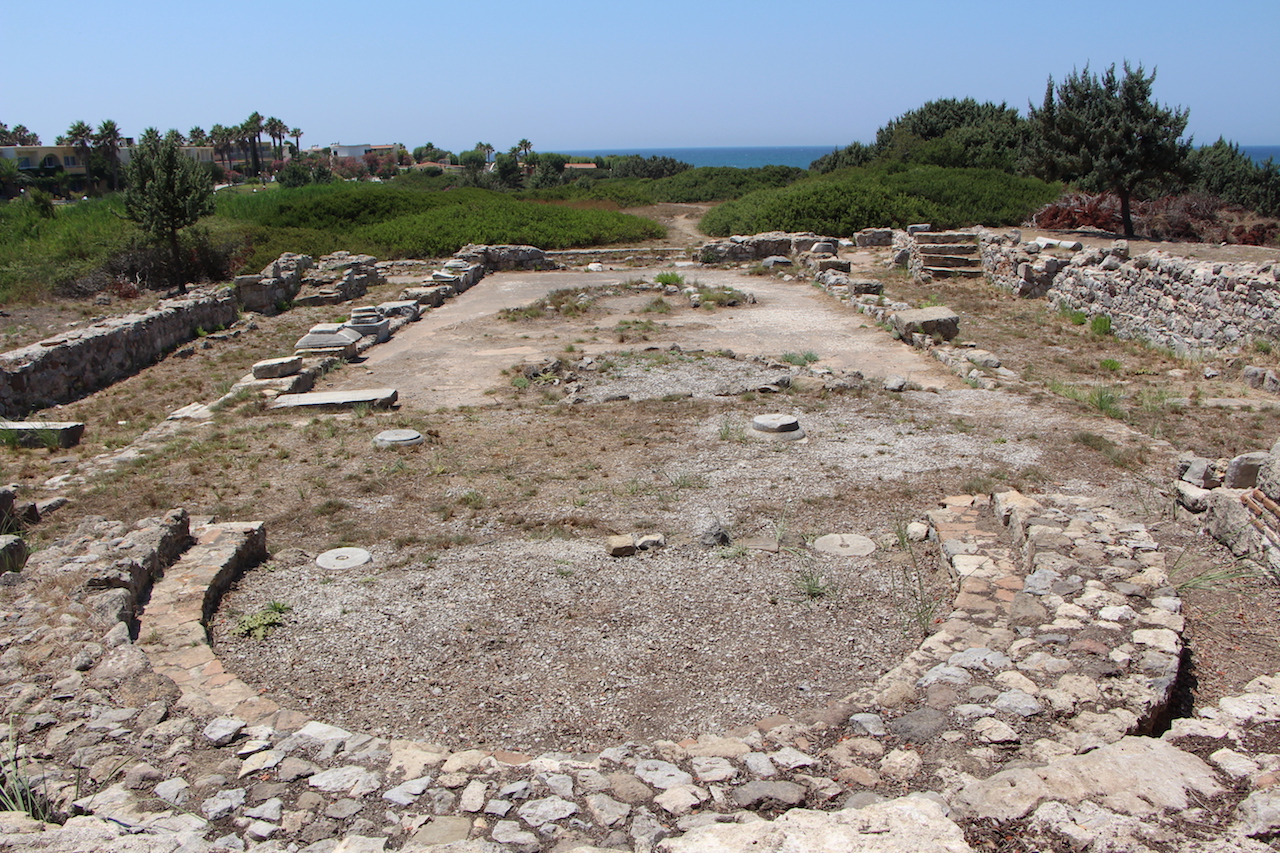