The medieval fortifications of Kos Town were constructed during the period of the Knights of Saint John (1311-1522), mostly between 1460 and 1500. These were simple medieval fortifications which were essentially built to protect the town. The Medieval town of Kos was divided into two sectors: the Castle (kastro) of Nerantzia and the Chora. In excavations conducted in Chora in 1933, the North part of the agora and the harbour quarter of the ancient city were brought to light. The area covered by the Chora is identified today with the archaeological site of the Harbour Quarter and the Ancient Agora (Eastern Archaeological area), which was uncovered by the destructive earthquake of 1933. The walling was also destroyed by the earthquake, however parts of the fortifications survive until today along Vas. Pavlou, Ippokratous and Finnikon Streets, as a result of the restoration of the walling made in 1935, based on the study of the Italian civil engineer G.B. Ceas, after the destruction caused by the earthquake.

The fortification was almost rectangular in plan. Still standing are the greater parts of its south side, with two rectangular towers in Ippokratous street, and a small part of the North side, which retains the embankment of the square with the so-called plane tree of Hippocrates. Of the original five gateways two survive, the Forum gate (porta sou Forou) on the west side and the Schlegelholz gate at the southeast edge of the enceinte. Decisive for the defence of the town were the bastions on the southeast, southwest and northeast angles. The northeast bastion, which stood on the site of the present prefecture offices (Dioikitirion), has not survived.

The medieval fortifications of the perimetric wall (cinta urbana)

The initial medieval fortifications of the perimetric wall (cinta urbana) were built between 1391 and 1396, when Heredia was Grand Master of the Order and Schlegelholz was Commander of Kos, in order to protect the town from attacks by Sultan Bayazid I. The walls were built with great haste, as shown by the disorder of its technical workmanship and the combined use of stones with every kind of ancient materials found in the area (Agora and harbour district). The fortifications were completed around 1500, when Commander Constanzo Operti dug moat called the chandax, along the surrounding wall from SW to SE. It was initially 16m wide before it was reduced to 6m by the Ottomans and was eventually covered in earth in 1878 to be transformed into a road which took the name Handaka before becoming Ippokratous street.

The walls, that enclosed a settlement, follow the direction formed by Ippokratous Street to the SW and SE, Akti Miaouli to the East, Ioanni Nafklirou Street to the North, and the squares (Plateia) Eleftherias and Stefanou Kazouli to the West. Only a few remnants of the wall survive, unfortunately, to date.

On the eastern side towards the shore, the entire fortification wall, where the gate opening toward the sea must have been, is missing, apart from a small tower on the SE corner, opposite the Alberto Gelsomino hotel. On the side looking towards Ippokratous street, there are rectangular windows under the embrasures and a rectangular door with a lintel from an ancient sculpted block of stone, with a walled-in slab above it depicting three coats of arms.

The northern wall doesn’t exist nowadays but adjoined a moat, today’s Foinikon street, separating the fortified town from the fortress. A section of the northern wall is visible opposite the southern facade of the fortress, supporting the earthwork on which the Hippocrates plane tree is located.

The Medieval Bastion and the Forum Gate

Nearly all the southern and western wall, which used to have five small square towers, has disappeared or has been incorporated in the adjoining houses, apart from the round tower of the SW corner which ends in a jagged indented projection, with a carved-in relief belt and embrasures, as well as the Forum Gate (Porta tou Forou) on the rampart of the western side.

The southwest bastion was built in 1500, so that its lateral cannon embrasures would protect the Forum gate. It is an interesting defensive construction with parapetto, battlements, cannon embrasures, scarpa, cordon and stone-flagposts. The parapet is interrupted by five cannon emplacements which widen towards the outside of the walls to achieve better surveillance of the field of fire. During the period of Ottoman rule, the upper part of the parapet was repaired and a circular building was crenellated crowning was added, which served as a guardhouse. After the destructive earthquake in 1933, the outbuildings abutting the bastion, as the continuation of the fortification wall, were replaced by retaining walls.

The upper part of the Forum Gate is defended by a fonias, a floor-less balcony from which the defendants poured burning oil or other lethal objects against assailants. It is half-destroyed and covered by bougainvilleas. During the Ottoman period, the first part of Vas. Pavlou street, also known as Foros street, hosted a part of the open bazaar: “the tsarsi”. After 1530, the Foros gate, the western gate of the medieval town, was the hub of development outside the town, to the west and south of its boundaries. During the Italian occupation, Vas. Pavlou extended south and was called Via Larga (Wide Street). It connected the old medieval port with the Central Baths which were a monument of the Roman era that came to light after the earthquake of 1933. 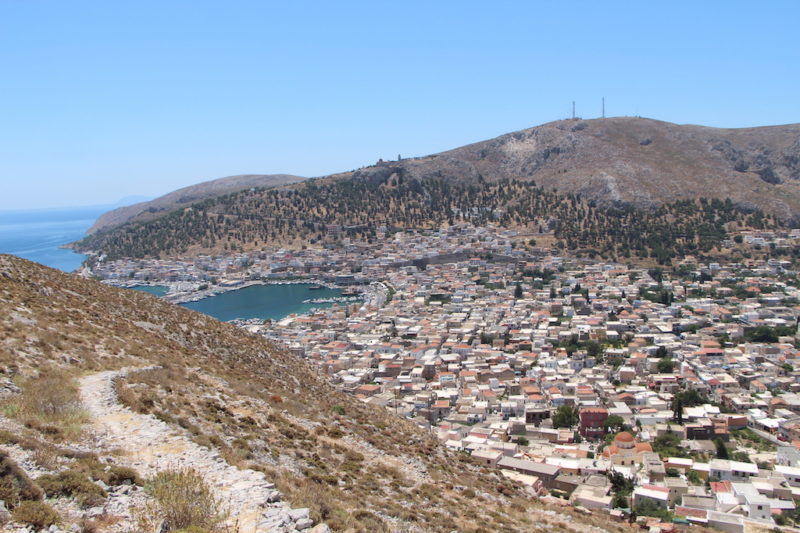 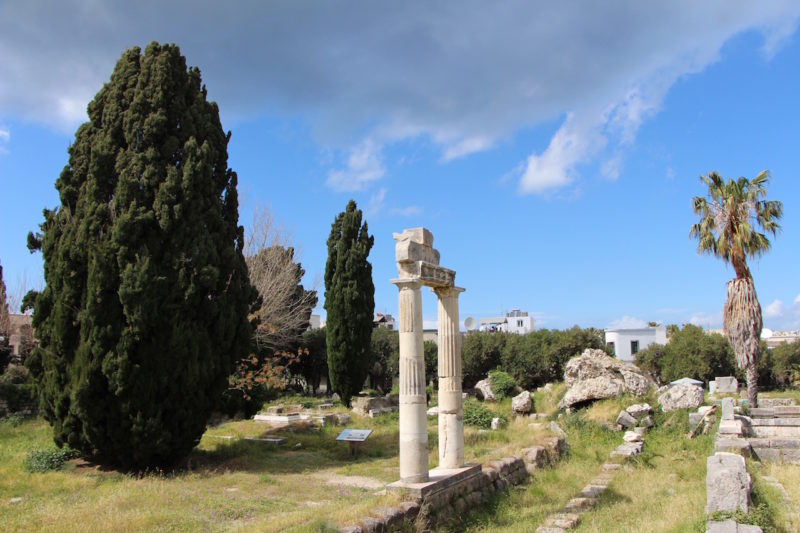 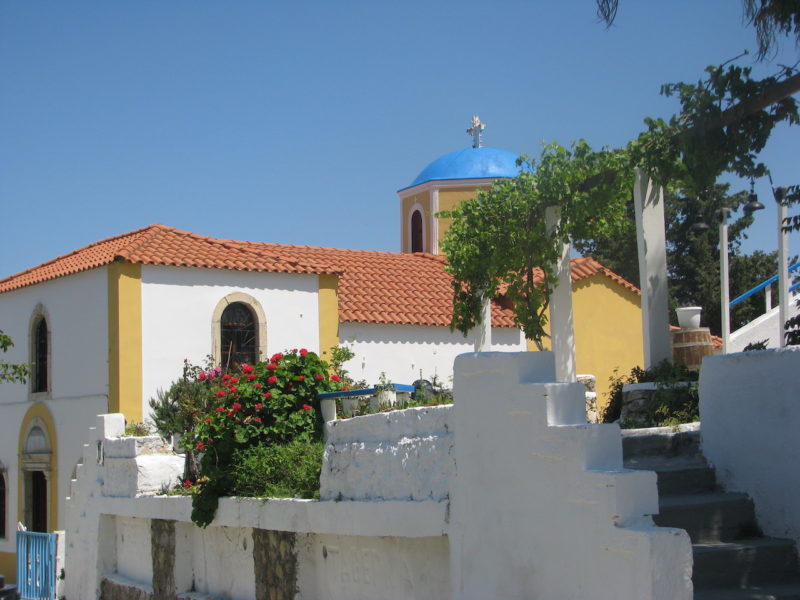