Residences from the Italian era

The urban residences on Ippokratous Street, as is the case on Vas. Pavlou street, were studied and built by Italian technicians after the ravaging earthquake of 1933, under the city’s reconstruction programme between the years 1934-1937. They constituted the first zone of the Master Plan of 1934 and consisted of two storey buildings in line, with residences on the first floor and shops on the ground floor.

The architectural style of the buildings reminds the colonial eclecticism style created by the Italians in the Dodecanese during the interwar period, with the inclusion of various morphological elements of different periods.

Only a few neoclassical buildings of the city dating from before the earthquake remain today in Ippocratous street, such as the building of the Bishop’s old residence and the Anastasoglou twin mansions built in the late 19th and early 20th century.

Situated at the east end of Platanou square, on the waterfront, to the east of the Neratzia castle, you can find the Cafe Grande, a private residential building with stores and a central atrium. It was built after 1935 by the Menasse family, Koans of jewish descent. It contained two residences on the upper floor and shops on the ground floor, including the Cafe Grande, a luxurious post-seismic period (ie after 1933) recreational area.

The Staff Residences, located on Akti Koundourioti, were built from 1927 to 1929, along with the construction of buildings to house the machinery of the fascist government of the Dodecanese. Housing complexes for government officials in the eastern and western coastal zone of the town were built. Four houses for bachelor employees (Case appartamanti impiegati scapoli) were built in 1928 along the central waterfront, based on the study by Rodolfo Petracco. The building now houses public services. 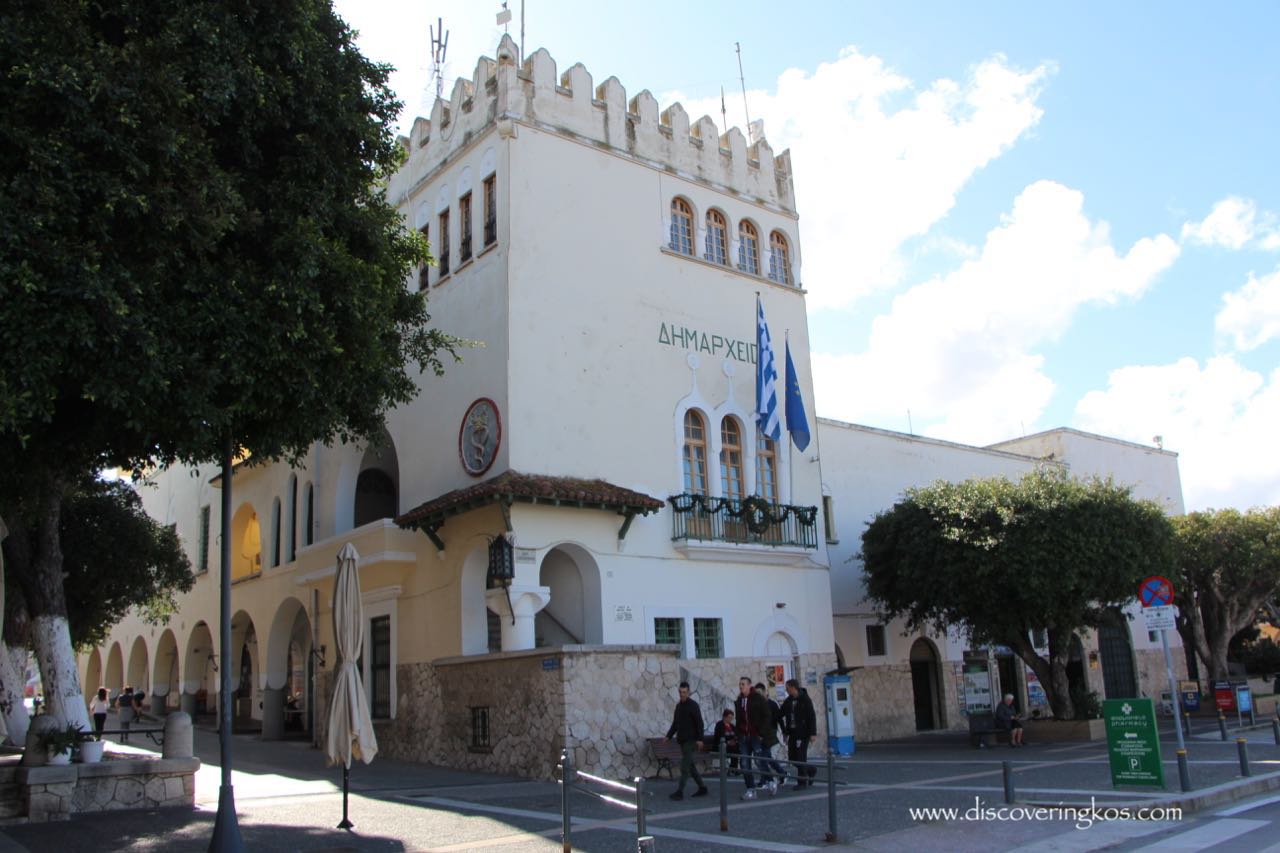