The Kos Town market is a small indoor municipal market (Δημοτική Αγορά) on the edge of Eleftherias square, opposite the archaeological Museum. It is housed in a remarkable building typical of the Italian architecture of the 1930s that followed the devastating earthquake of April 1933. It was designed by Rodolfo Petracco in October 1933 as a market, for the housing and organisation of the outdoor market (Mercato dell Erbe). The building was completed and handed over for use at the end of 1935.

Initially, six meat markets and a corner fish market were situated on the right (North) side of the building, facing Eleftherias square, while on the left (South) side, three general purpose stores were created. In the central area, around the patio, an open market was established with roofed stalls for fruits and vegetables.

Today, the central atrium is still used as an open market, while the side stores have been converted into craft shops and restaurants. In the Kos Town market, you will find a lot of fresh fruit along with dried fruit (figs, apricots…) and loads of local herbs and different kinds of spices. There are plenty of potential gift ideas and souvenirs to be considered but the local honey and olive oil are probably among the most traditional and typical products that you could purchase…. 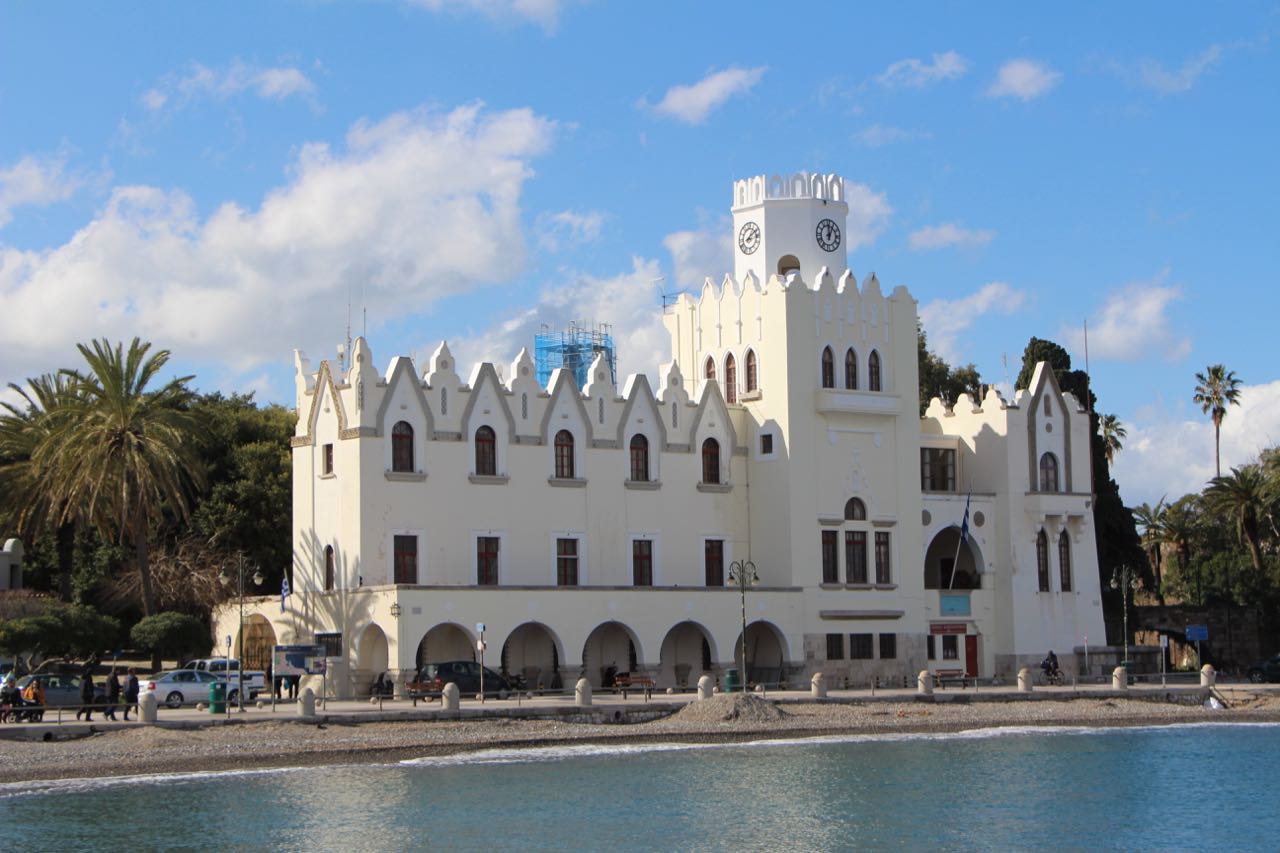