The Government House or else the Administrative Building was studied by the architect Florestano Di Fausto in 1925, and was built between the years 1927 to 1930 as the Government House, where the vice-governor of Kos seeded during the period of the Italian Administration of the Dodecanese (19112-1943). The building complex housed the Governor of the Courts and, even until today, the Police. During the Italian era, the basement of the complex also housed the fascist Blackshirts body (Camerate). A symbolic building with a polygonal dynamic plan, organised around a central interior patio, with different morphological features spread across its facades, that stand to this day in the Eastern coastal front of the city, in the northeastern end of the pre-seismic center, the square of the Plane Tree of Hippocrates, next to Knights’ Castle Neratzia. Its style is a characteristic sample of the peculiar eclecticism that the Italians decided to apply in the Dodecanese during their stay.

On the East coast, currently Akti Miaouli, was the Yialos Square, an extension of the central Platanos Square, which used to house mainly port services. Here, during the period before the great earthquake of 1933, you could find the ship pier, the stairs, a number of public buildings, such as Customs, the Health Office, the Telegraph, the Post Office, the Port Authority and offices – warehouses, the Lighthouse’s office, the “Casino” recreation building, but also a number of municipal buildings, the Government house, and the bastion of the medieval walling at the beginning of Ippokratous street. These municipal edifices, with diverse morphological elements of neoclassical, Aegean, Balkan influence, were remodelled immediately after the earthquake of 1933, along with the entire landscape. In place of the Casino, a small coastal park was created. 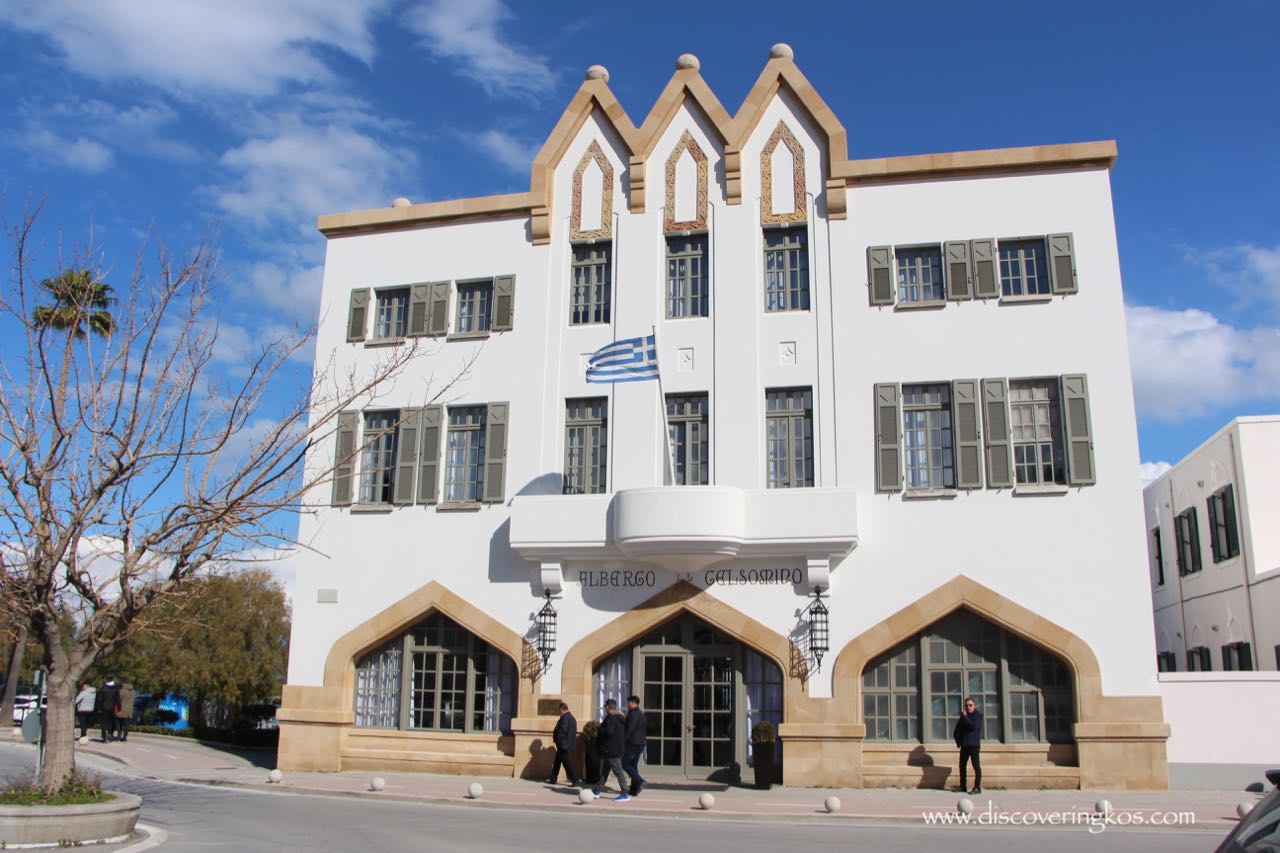