This little church of Sotios Christou, also known as Christou tis Kalamorias (Χριστού της Καλαμορίας), situated on a hilltop overlooking the village of Mastichari, stands out as it offers a fantastic view of the Koan plains. This church, with an arch-shaped roof, seems to have been built during the Ottoman period. It was also used as Mastichari’s cemetery when the village was built in 1926, before being transferred to the current graveyard along the road from Mastichari to Antimachia. The church lies on what seems to be prehistoric foundations. The retaining cyclopian walls to the North and West side of the church were still visible until recently but were unfortunately destroyed to build the current road that leads to the church. Ancient marble spolia, some of them engraved, were discovered by the historian Herzog. The strategic location of the hilltop easily explains why it was chosen to be fortified during prehistoric times. 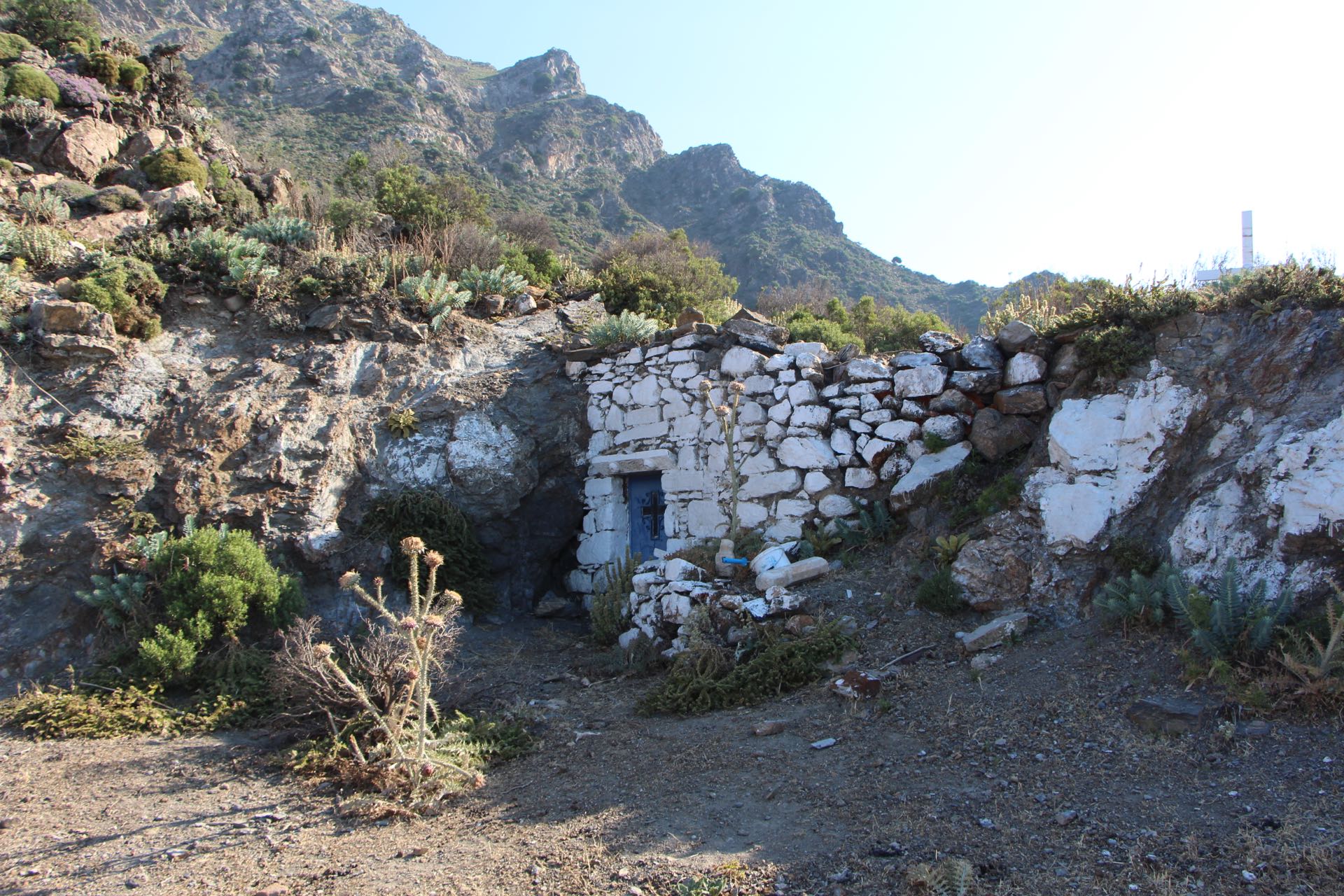 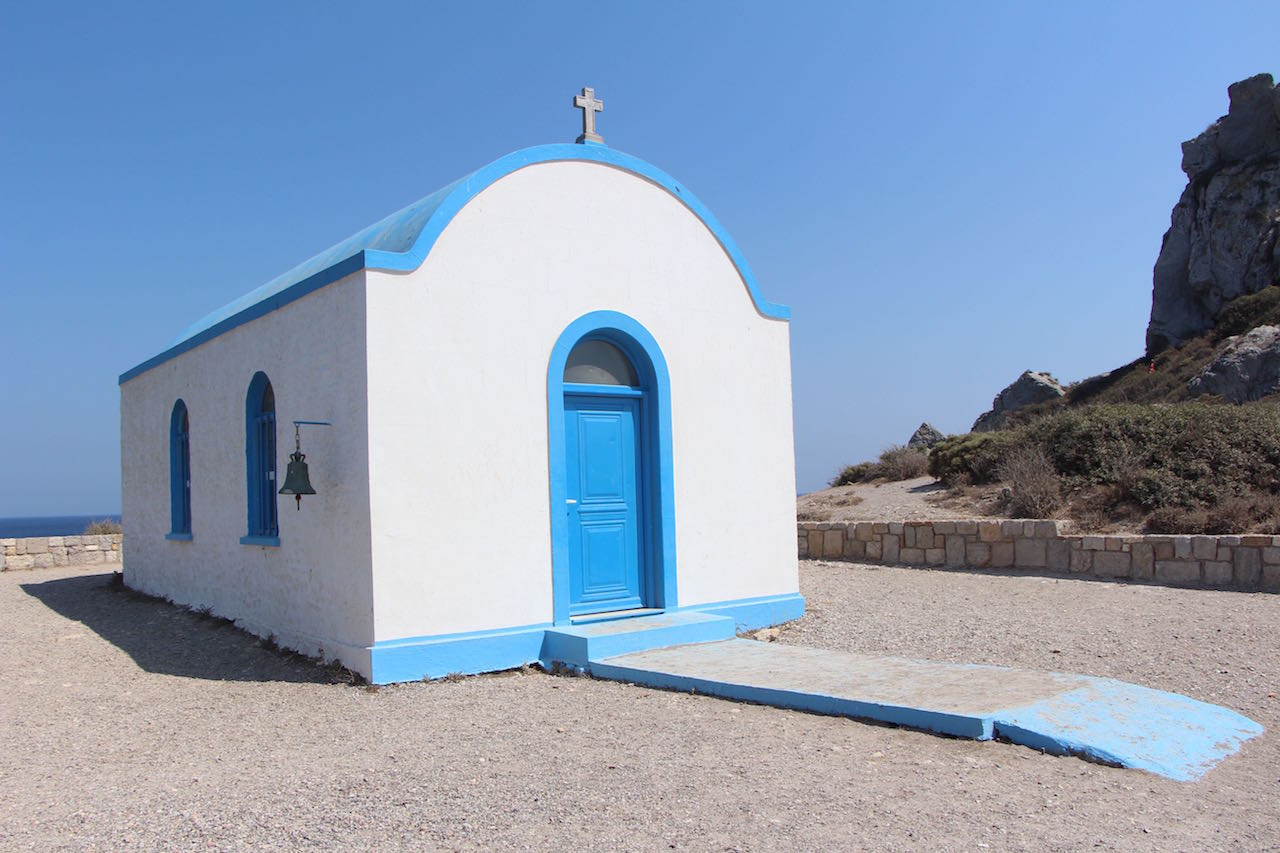 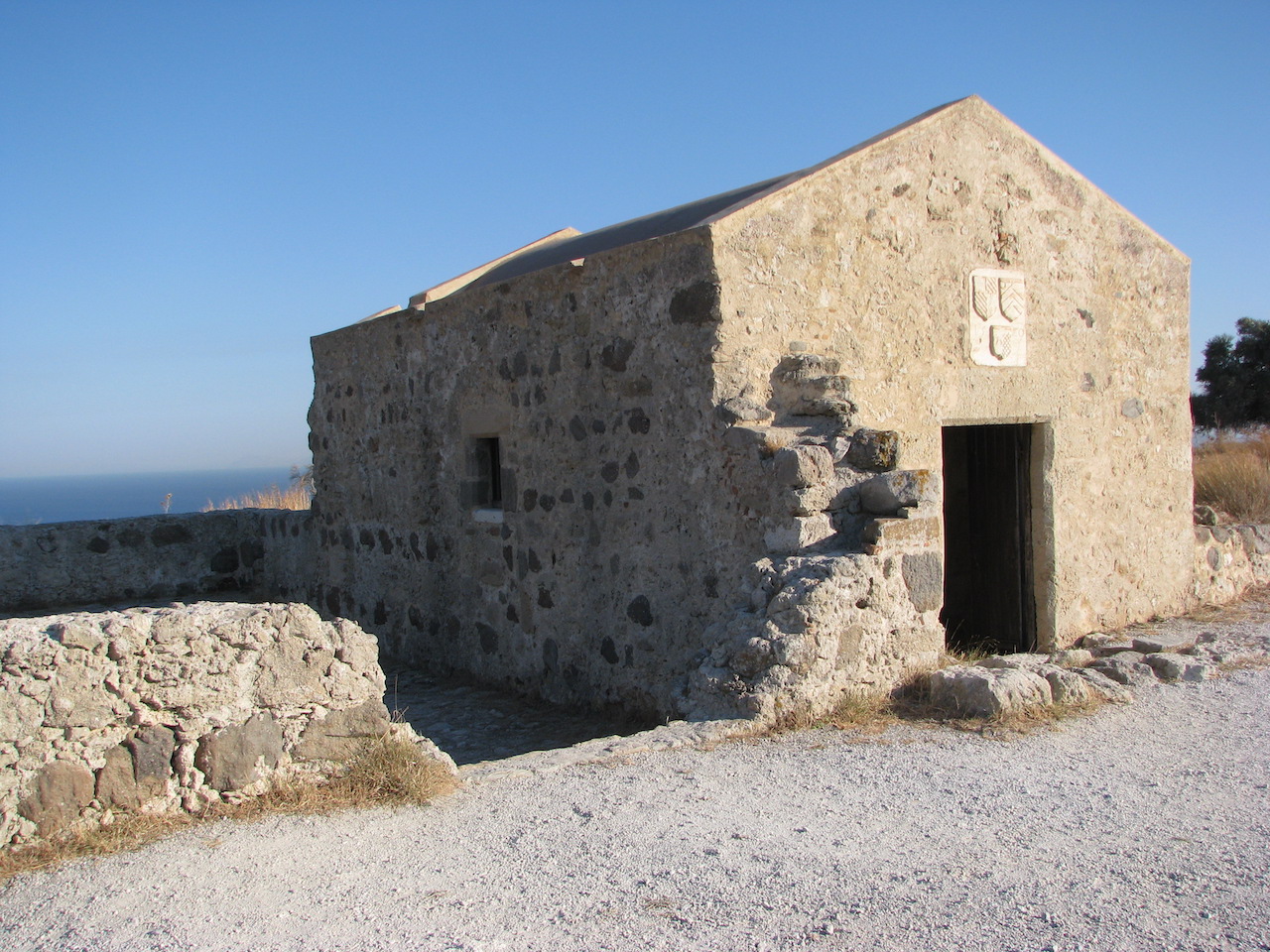