There are three old traditional Oil Mills in the Evangelistria/Pera Geitonia area. Evangelistria is the area of the village surrounding the Church of Evangelismos while Pera Geitonia is just after the bridge and before the village of Assomatos. In Evangelistria and just opposite the church lies the Sofou Oil Mill while the Mills of Kiapoka and Kostantaki are to be found in Pera Geitonia.
Oil production used to be one of the major activities on the island of Kos since olive oil was and continues to be a major component of the local diet. Each family used to own a few olive trees -at least- to have enough olives and olive oil for their domestic needs. Olive oil continues to play an important role in today’s Koan agricultural economy. In the last ten to twenty years some modern mills have been created and all the traditional mills have been abandoned in favor of the processing plants, so production has in fact increased with the automation of the manufacturing process. Olive oil, olives, olive paste… in their neat little package, are some of the gifts favored by the tourists…
There are three steps in the traditional oil extraction process:
1/ the olives are slowly ground under an edge mill. The stones roll around on their edges on a circular bed crushing the olives that are slowly inserted. After 30 to 40 minutes a paste is extracted
2/ After grinding, the olive paste is spread on fiber disks, which are stacked on top of each other, then placed into the press. By using the press the unfiltered oil is gradually produced.
3/ The unfiltered oil is put in a basin along with lukewarm water where the oil accumulates on the surface and is collected, usually by someone very experienced, to avoid mixing the oil with water.
In the Sofos and Kiapoka mills you can clearly discern the grinding stones while the presses, still in prime condition, are present in all three of the mills. The Kostantaki mill was somewhat more modern as it had some automated parts driven by electrical power as clearly indicated by the strap seen in the picture. The basin is clearly visible in the Sofos Oil Mill.
Reference: 1/ From the dikaiosnet  website: http://www.dikaiosnet.gr/Asfendiou/asomatos/eyaggel_pera_geitonia.htm

I would also like to thank Mr. Manos Mastrogiorgis for showing me the above three Oil mills and thereby giving me the opportunity to rediscover part of our lost traditions. 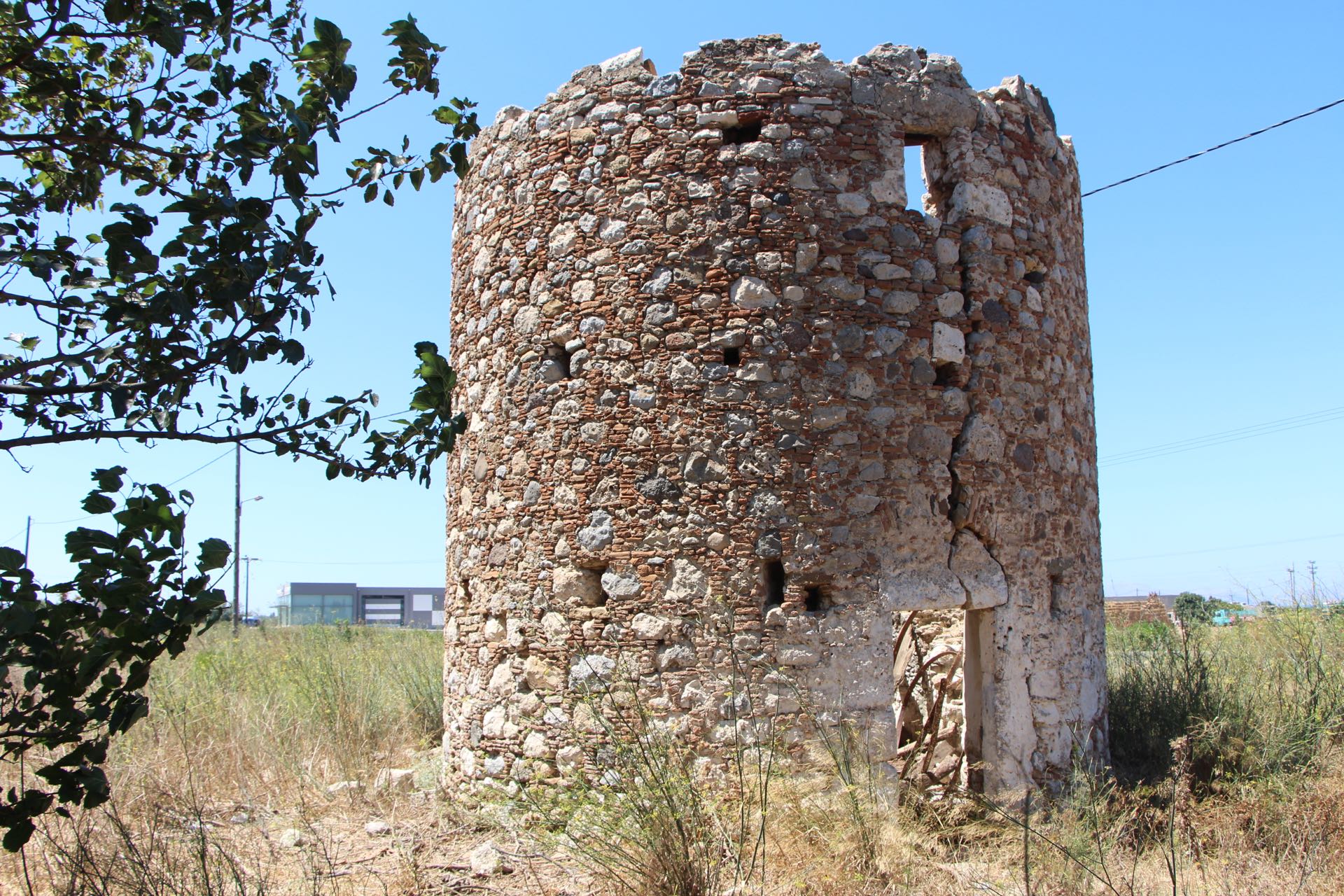 Windmill on the main road just before the Mastichari crossroad Explore 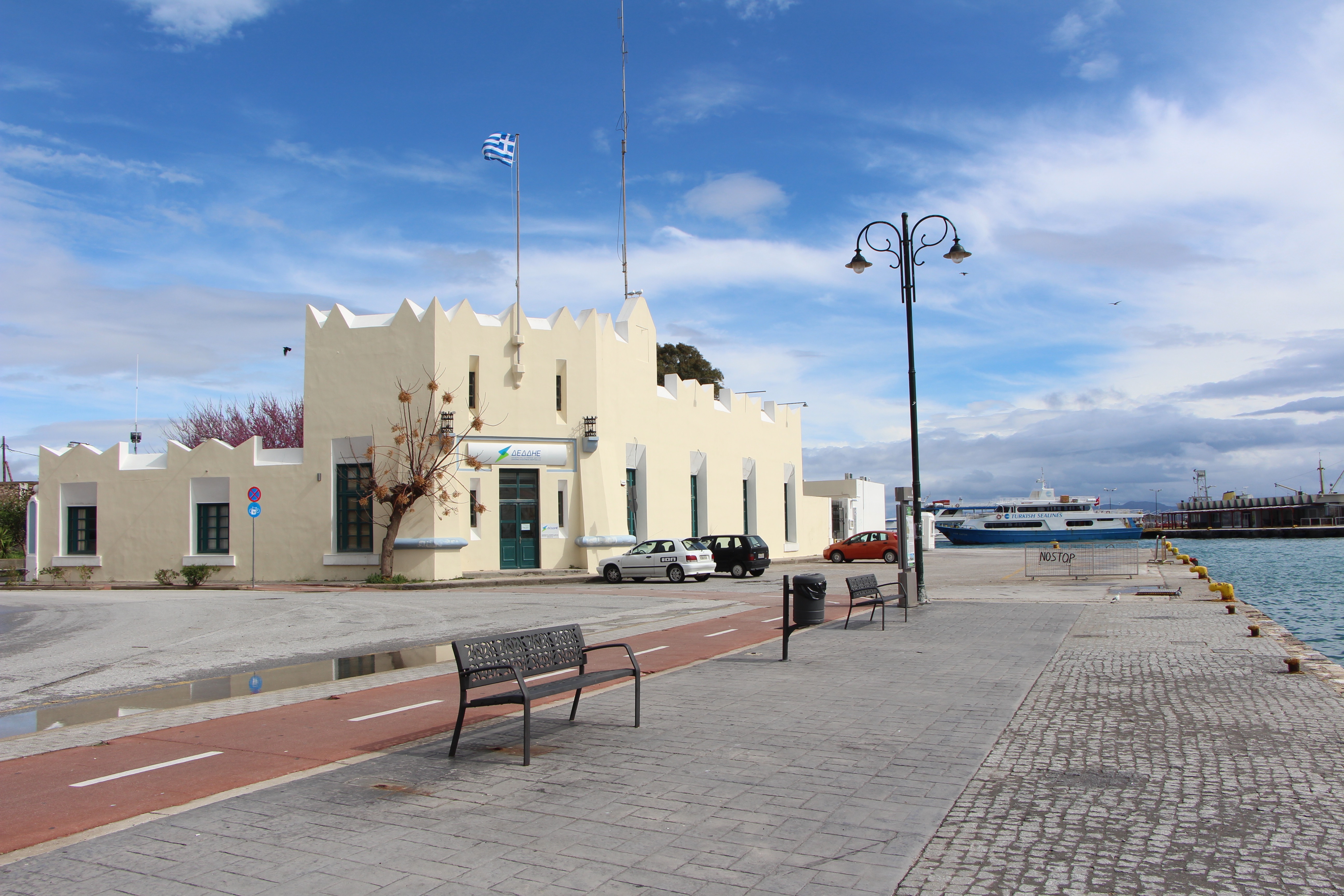 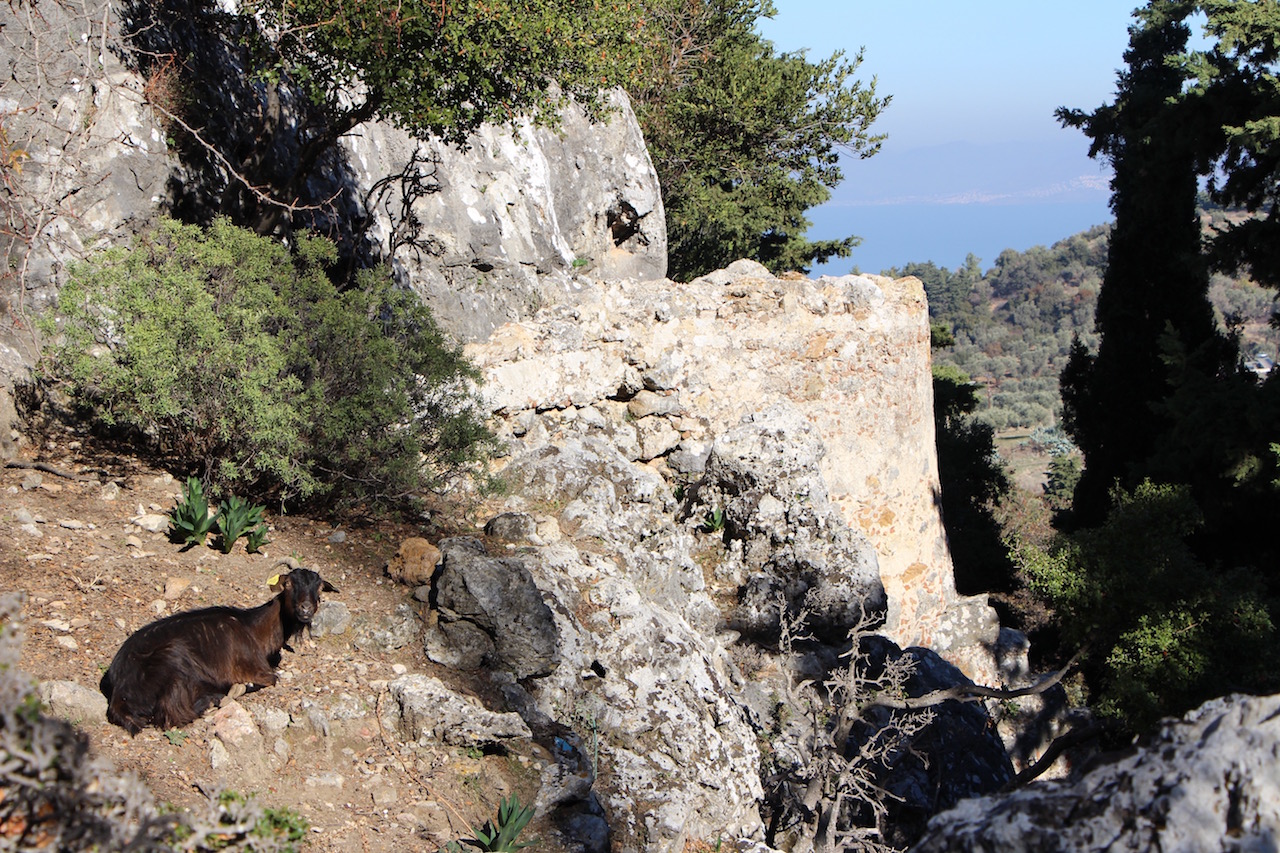